Call for poppy seed regulation in US 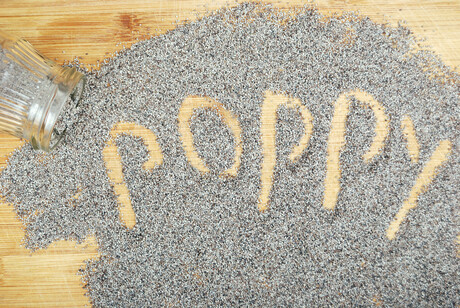 Six US families have asked the national Food and Drug Administration (FDA) to protect consumers from poppy seed imports that contain dangerous levels of opiates.

The Center for Science in the Public Interest (CSPI), a not-for-profit food safety watchdog, filed a regulatory petition with the FDA on behalf of the six families and medical experts.

The petition asks regulators to set a maximum threshold for opiate contamination and establish controls on imported seeds in the US.

According to CSPI, Steve and Betty Hacala of Rogers from Arizona lost their 24-year-old son Stephen in 2016 to a poppy seed tea overdose.

“It was hard for us to believe that something as innocent and common as poppy seeds could be lethal,” said Steve Hacala, one of the petitioners. “Now we want to make sure the poppy seeds brought into this country are cleaned, to spare other families this kind of loss.”

Poppy seeds used in baking come from the same plant that produces opiates, including morphine and codeine. The poppy plant cannot be legally grown in the United States, meaning all poppy seeds sold in the US are imported from countries where cultivation is permitted. While the seeds themselves contain negligible amounts of opiates, they can be contaminated with plant debris and require washing and processing to reduce opiate contamination to safe levels.

According to CSPI, not all importers adequately process their seeds, and some sellers even market poppy seeds as “unwashed” or “unprocessed” to convey that they have high levels of opiates to consumers who may purchase the seeds to brew poppy seed tea. Opiate contamination levels can vary widely from batch to batch, putting those who drink the tea at increased risk of accidental overdose or other health consequences.

The petition was also joined by Dr Irving Haber, a pain medicine specialist, and Dr Madeleine Swortwood, a researcher at Sam Houston State University, who have published studies documenting the risks of poppy seed tea.

The petition follows publication last month of a study co-authored by CSPI scientists in Clinical Toxicology showing that adverse events from the consumption of opiate-contaminated poppy seeds may be on the rise. Medical and government publications have documented more than 600 reported adverse events including 20 overdoses and 19 total fatalities attributed to poppy in the US, with most fatalities having occurred since 2015.