Avoid lead in your spices 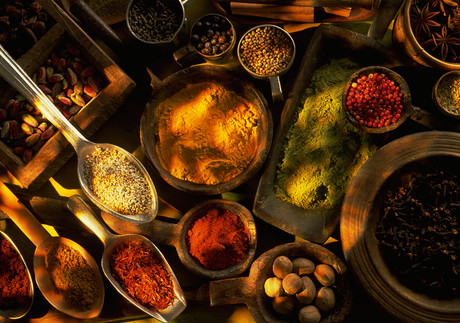 Spices purchased abroad may contain high levels of lead and pose a risk for lead exposure, according to an American study.

While lead-based paint and occupational lead hazards are the primary sources of lead exposure among New York City’s (NYC) lead-poisoned children and men, researchers at the NYC Department of Health and Mental Hygiene highlighted the potential risks from non-traditional sources.

During lead poisoning case investigations and surveys of local stores in NYC between 2008 and 2017, they tested over 3000 samples of consumer products, including 1496 samples of more than 50 spices from 41 countries.

More than 50% of the spice samples had detectable lead concentrations, and more than 30% had lead concentrations greater than 2 parts per million (ppm) — a permissible limit for lead in certain food additives used as a guidance value by NYC Health Department.

Spices purchased abroad, particularly in Georgia, Bangladesh, Pakistan, Nepal and Morocco, had much higher average lead content than those bought in the US and tended to come in unmarked containers without brand name information. For example, turmeric and Georgian kharcho suneli purchased in NYC had average lead concentrations below 2 ppm, but they exceeded 50 ppm when purchased abroad.

In NYC, children and pregnant women of Georgian and South Asian ancestry are disproportionately represented among the lead-exposed population, and the researchers suggested spices are an important factor to consider in these high-risk groups.

"Public health professionals and medical providers should also be aware of spices as a potential risk factor for lead exposure and screen at-risk populations," explained Paromita Hore and colleagues in the study.

They said the study has important implications for public health programs, policy and international food safety regulations, and noted that adulteration of spices can occur anywhere along the supply chain. The authors concluded, "Overall, a solely localized or national approach to address spice contamination will not be adequate, as the problem is global."

The study was published in the Journal of Public Health Management and Practice.

A day in the life of a House Companion

TOE Probe Complete Care: have you been damaging your TOE probe?