A pinch of MSG instead of salt to reduce sodium intake? 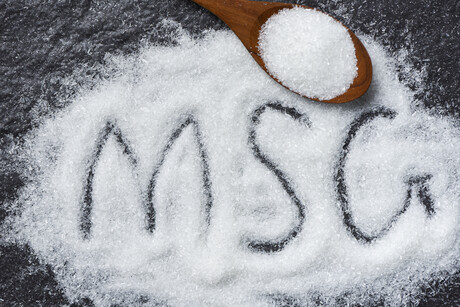 While monosodium glutamate (MSG) is deemed safe by Food Standards Australia New Zealand (FSANZ) and many other food authorities around the world, consumer aversion to the extensively researched flavour enhancer remains.

Now, a new study published by researchers from the University of California, supported by Ajinomoto Co., Inc., is hoping to change consumer perceptions.

According to the study, published in the Journal of Food Science, MSG can be used to significantly reduce sodium while also promoting the enjoyment of better-for-you foods like grains and vegetables.

“MSG has two-thirds less sodium than table salt and imparts umami — a savoury taste,” said Dr Jean-Xavier Guinard, Professor of Sensory Science, Co-Director of the Coffee Center at the University of California, Davis, and a lead investigator in the study.

“Taste is a key factor in what people decide to eat. Using MSG as a replacement for some salt in the diet and to increase the appeal of nutritious foods can help make healthy eating easier, likely leading to a positive impact on health,” Guinard said.

“Just as the substitution of butter with olive oil can help to reduce saturated fat intake, MSG can be used as a partial replacement for salt to reduce sodium intake,” Guinard said.

In the study, participants evaluated four different recipes in which sodium was reduced by 31–61% through the addition of MSG, and described the dishes as flavourful, delicious and balanced.

The reduced salt recipes with added MSG were liked as much as or better than (in the case of the quinoa bowl and savoury yoghurt dip) the standard recipes, suggesting that MSG can be used as a way to reduce sodium without compromising taste. Whereas the reduced salt recipes were commonly described as “bland” and the standard recipes described as “salty” and “sour” in some cases, the MSG recipes were associated with “delicious”, “flavourful”, “balanced” and “savoury” in some instances.

Previous research has shown that MSG can be used to reduce sodium by 30%, and in some cases up to 50%, in packaged foods and snacks such as soups, broths, chips and sausage, without compromising taste and consumer preference for the products. For the first time, this study shows promise for using MSG in foods with a desirable nutritional profile that consumers should be eating more of.