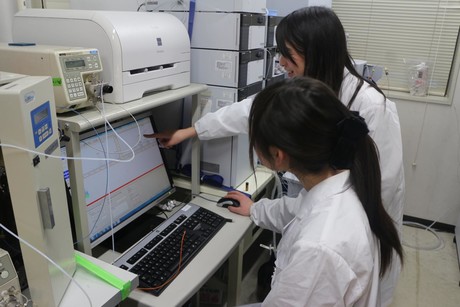 Knowing how edible oils such as canola deteriorate can provide valuable insight into deterioration prevention.

Light irradiation and heat are just two factors that can affect the quality of canola and other edible oils. Understanding the oxidative processes that affect the flavour and taste of oils can assist in the development and implementation of measures like packaging and storage conditions that can control the oil quality.

High performance liquid chromatography (HPLC) combined with tandem mass spectrometry (MS/MS) was used by a team of researchers from Tohoku University to examine canola oil’s oxidation process. HPLC pumps liquid under high pressure through a granular adsorbent material to separate the different components contained in the liquid. MS/MS bombards the compound molecules separated by HPLC with neutral molecules (eg, nitrogen) to break it apart into smaller components and then measures the mass-to-charge ratio of the pieces.

Triacylglycerol (TG), a major component of edible oil, is known to form different oxidation compounds, or isomers, depending on how TG was oxidised. The researchers developed a new technique to analyse isomers using HPLC-MS/MS. Using the method, they identified the specific oxidation compounds in canola oil resulting from heat (25–180°C) and light (office lighting–direct sunlight).

Moreover, they found that marketed canola oil tends to be oxidised by light around room temperature. This suggests that canola oil should be packaged in dark containers to extend shelf life by reducing light exposure. Another method to reduce oxidation could be to add antioxidants such as carotenoids that trap oxygen before it interacts with the oil.

The new method enables a more detailed quantitative analysis of oxidised edible oil compared to other existing methods. The researchers suggest in their paper recently published in the journal npj Science of Food that this approach would be valuable in understanding oil and food oxidation processes, and the development of preventive methods against food deterioration.