Resveratrol, an organic compound found in red wine, is claimed to have the ability to neutralise the toxic effects of proteins linked to Alzheimer’s disease, according to research led by Rensselaer Polytechnic Institute Professor Peter M Tessier. 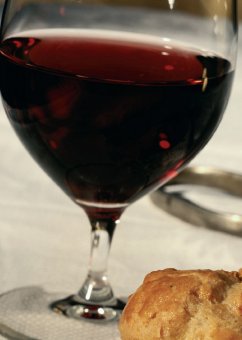 “We’ve shown how resveratrol has very interesting selectivity to target and neutralise a select set of toxic peptide isoforms,” Tessier said. “Because resveratrol picks out the clumps of peptides that are bad and leaves alone the ones that are benign, it helps us to think about the structural differences between the peptide isoforms.”

Isoforms are different packing arrangements of a particular peptide. Deformations of a particular peptide - the Aβ1-42 peptide - have been linked to Alzheimer’s disease. Improperly folded peptides have been shown to collect in accumulations called ‘plaques’ within the brain. Those plaques are often found near areas of cell death in diseased brains.

It is not clear that resveratrol is able to cross the blood-brain barrier, Tessier said. However, the molecule has garnered interest in recent years for its potential impact on cancer and aging.

In their research, Tessier and his co-workers generated Aβ peptides packed together in five unique isoforms, or arrangements (monomer, soluble oligomer, non-toxic oligomer, fibrillar intermediates and amyloid fibrils). In their experiments, three of these arrangements were toxic to human cells, two were not.

Next, the researchers introduced resveratrol.

The resveratrol reacted with the toxic arrangements of the Aβ1-42 peptide, neutralising their toxicity.

It did not affect the non-toxic arrangements.

The point, Tessier concludes, is that the seemingly identical non-toxic and toxic arrangements must have some distinguishing feature yet to be discovered, raising questions for future study.

“We have two things that look very similar, but one is toxic and the other isn’t,” Tessier said. “What is it that makes the bad one bad and the good one good?”

The research produced several other findings, Tessier said, including reliable methods of generating the arrangements Tessier’s team produced and formation of one arrangement which had previously been unknown.