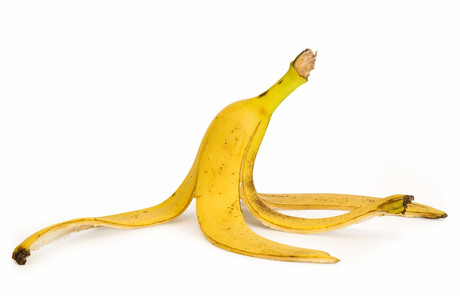 Queensland’s banana industry could be under threat again after it was confirmed a third commercial banana farm has Panama tropical race 4 (TR4).

During a routine check of the Tully Valley farm at the end of January, Biosecurity Queensland (BQ) found a plant it suspected to be affected and issued the grower with a TR4 notice. Samples were then tested using a vegetative compatibility group (VCG) test and the presence of the disease was confirmed on 8 February 2018.

“We know our growers are incredibly resilient and willing to help each other out in tough times,” he said.

This comes after two previous cases were reported in close proximity in the Tully Valley over the last three years. A statement from Minister for Agricultural Industry Development and Fisheries Mark Furner praised the containment efforts of the region so far.

“As the new detection is in the same geographical location as the previous two infested farms, we are confident that our containment measures have been effective so far,” he said. “Queensland has had greater success in controlling and containing the disease compared with anywhere else in the world.”

The disease was first detected on Cavendish banana plants in March 2015, but the farm was quickly taken over by the ABGC and farming operations were stopped.

The Queensland Government’s contribution of $400,000 to close the affected farm went towards strengthening the perimeter fence, destroying the banana plants and creating a ground cover to prevent run-off.

However, TR4 can remain dormant in the soil for over 40 years and is spread through contaminated soil and water, and on tools, farming machinery and vehicles. It could take between several weeks and months for symptoms to show — including leaf yellowing and stem splitting — which means it is easy for the disease to go undetected.

When the second commercial banana plant tested positive in July 2017, downtime was minimised due to their strict on-farm biosecurity measures.

Minister Furner said the government are committed to stemming the spread of the disease and helping farmers and growers in this difficult time.

“We have invested more than $27 million to contain and manage Panama TR4 since it was first detected in March 2015.

Lowe also highlighted the importance of effective biosecurity measures to prevent the spread of the disease. These include ensuring plant material and soil is removed from machinery and footwear before they are brought onto farms and only moving vehicles when necessary.

As bananas are the best-selling supermarket product in Australia, the country relies heavily on the farms in Queensland. Lowe reinforced that Panama TR4 has no impact on the fruit or people, and the recent detection should not affect supplies.

“The best way you can show your support to Aussie growers is by continuing to buy bananas,” he said.

Although researchers were running trials on potential disease-resistant bananas in 2017, these are not yet commercially available. Currently, the best advice for growers is to implement biosecurity protocols to protect and prepare their farms. Any plants that are suspected to have Panama disease should be immediately reported to Biosecurity Queensland.