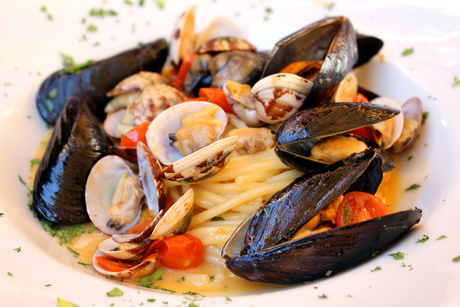 An Australian study has found an immune ‘signature’ that identifies babies at risk of developing allergies to common foods in their first year.

Food allergy-related hospital visits by infants have tripled in recent years and while the new study is yet to determine the cause, it does identify those babies most at risk of developing allergies to common foods including milk, eggs, peanuts and wheat. By analysing the cord blood of over 1000 Victorian babies, the research team discovered that those with hyperactive immune cells at birth showed a far higher likelihood of developing the most common types of food allergies by their first birthdays.

The data was collected as part of the Barwon Infant Study (BIS), conducted by Barwon Health, in collaboration with the Murdoch Childrens Research Institute and Deakin University. Associate Professor Peter Vuillermin of Barwon Health said the reason why nearly 10% of Australian babies are developing these allergies has yet to be determined, but the study indicates that some individuals appear to be primed for chronic immune and inflammatory disorders from before birth.

Professor Len Harrison and Dr Yuxia Zhang of the Walter and Eliza Hall Institute led the research, which was published by Science Translational Medicine. They are hopeful that their research will lead to future treatments that may prevent these early-onset food allergies in infants. Dr Zhang said those babies whose monocytes were activated before or during birth appeared to be predisposed to developing allergic reactions to particular foods.

Professor Harrison next wants to determine why some babies have these hyperactive immune cells and whether this activation occurs at birth or at some earlier stage of the pregnancy:

“This study really emphasises how critical it is to look at pregnancy and early life to really understand why chronic immune and inflammatory disorders such as allergies develop in childhood and later."

The Barwon Infant Study (BIS) is analysing data related to neurological, cardiovascular and respiratory development in over 1000 mothers and babies from the Barwon region of Victoria. Funding for this research has been provided by the Australian Food Allergy Foundation, the Victorian State Government Operational Infrastructure Support Program, the Walter and Eliza Hall Institute Catalyst Fund and the Australian National Health and Medical Research Council.