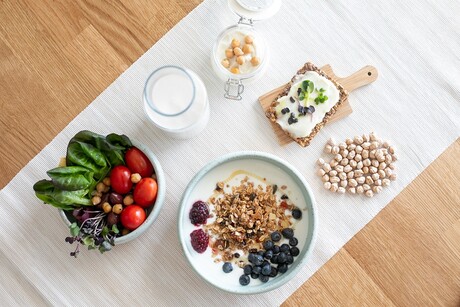 The global egg replacement ingredient market is expected to reach around AU$2bn by 2026 as food manufacturers work to meet consumer demands for vegan, vegetarian and allergen-free products. The chickpea’s unique ability to assume egg-like behaviour has been gaining traction for a number of years.

Foodtech startup ChickP has now developed a chickpea isolate as a plant-based egg alternative and teamed up with select food companies to help formulate egg-free recipes, including a creamy mayonnaise substitute and salad-dressings. The resulting products have the flavour, appearance and functionality of counterparts with real egg, all the while adding nutritional value.

ChickP’s proprietary isolate has been used as a one-to-one replacement for egg yolk in mayonnaise recipes and as a clean-label emulsifier to whip up vegan creams, sauces and dressings. The mayonnaise pilots were so successful that one formulation is now going into large-scale pilot production.

Products crafted with the isolate have exhibited long shelf life and good heat stability, making the ingredient suitable for dispersal into both hot and cold applications.

With 90% protein content, the isolate has the potential to release the vegan mayo market from traditional dependence on modified starches, hydrocolloids and stabilisers for emulsification and flavour. The high protein content can help to eliminate the need for adding ingredients that are less nutritionally relevant to the final product.

According to Dana, the isolate has shown good foaming capabilities and can be tailored to produce creamy mayonnaise products, without the use of synthetic thickening, texturising or masking agents.

Changing the global landscape of sustainable agriculture with Siemens technology