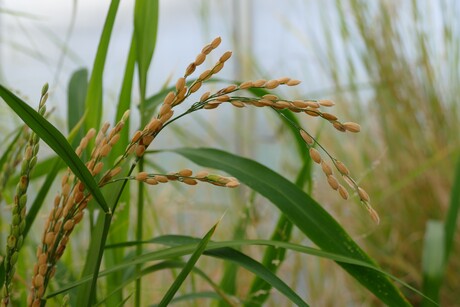 Published in the Plant Biotechnology Journal, a paper titled ‘Installation of C4 photosynthetic pathway enzymes in rice using a single construct’ explains how a research collaboration has successfully installed part of the photosynthetic machinery from maize into rice.

“We assembled five genes from maize that code for five enzymes in the C4 photosynthetic pathway into a single gene construct and installed it into rice plants,” said lead author Dr Maria Ermakova, who works at The Australian National University (ANU), as part of the international C4 Rice Project, led by Oxford University.

“Although introducing all the genes required to make C4 rice still a long way off, this is the first paper where we assembled a functional C4 biochemistry in rice, which is very exciting,” said Dr Ermakova, from the ARC Centre of Excellence for Translational Photosynthesis (CoETP).

Using synthetic biology, scientists can introduce several genes at the same time, get a plant in just a year and make prototypes to redesign their ‘constructs’ very rapidly, just in a matter of months. In sharp contrast, using the old approach, which inserts one single gene each time, can take several years.

“For me, the most important aspect of this paper is that we have mastered the technology that will help us in our journey towards C4 rice and now we can move forward to the next phase at a higher velocity than ever before,” said CoETP’s Deputy Director Professor Susanne von Caemmerer, one of the co-authors of this study.

Using the same kind of technique that Hal Hatch used in 1966 during the discovery of the C4 pathway, the team of researchers from the Max Planck Institute were able to follow the labelled CO2 on its way through the pathway.

“This is another key result, as we were able to prove that carbon dioxide is fixed using the C4 pathway. In other words, we achieved gene expression, but we also got the enzymes involved to be active and functioning in the plant in the right cells,” Professor von Caemmerer said.

“Even though the plants we produced are not yet working very efficiently as C4, we now know that part of their photosynthesis is moving through the C4 pathway,” she said.

“The research team include scientists with diverse expertise from microscopy to physiology, plant breeding and modelling,” said Dr Florence Danila, who was in charge of the enzyme localisation using molecular microscopy techniques at the ANU C4 Rice Project Node.

“We started the C4 rice project 10 years ago, involving 16 labs in 11 countries. This particular research has taken us five years to complete, and the coordinated effort of several researchers from multiple organisations around the world, including Washington State University, Oxford University, Cambridge University, ANU and the Max Planck Institute,” said Professor Robert Furbank, Director of the ARC Centre of Excellence for Translational Photosynthesis and one of the authors of the study. 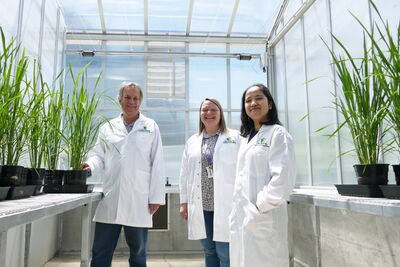 This research has been partially funded by the ARC Centre of Excellence for Translational Photosynthesis, which aims to improve the process of photosynthesis to increase the production of major food crops such as sorghum, wheat and rice.