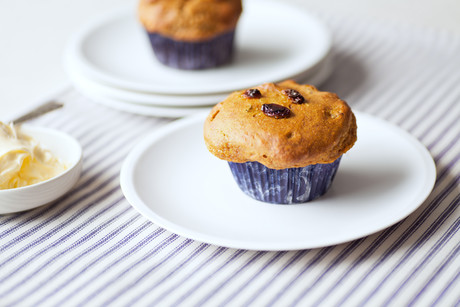 Following a gluten-free diet is crucial for those suffering from coeliac disease, but a new study has revealed that many ‘gluten-free’ foods sold across Melbourne actually contained potentially harmful levels of the protein.

Of the 158 samples, 14 contained detectable gluten and nine of those contained more than 20 parts per million (ppm) gluten, which is regarded as the upper threshold for safe gluten intake in Europe and the United States. One business provided wheat-based foods (>80 ppm gluten) despite a gluten-free meal being requested.

Published in the Medical Journal of Australia, this is the first study to provide evidence that gluten contamination exists, and highlighted the potential health risks. Dr Jason Tye-Din, who leads the Coeliac Research Lab at the Walter and Eliza Hall Institute and is a gastroenterologist at the Royal Melbourne Hospital, emphasised that following a gluten-free diet is not only a lifestyle choice for some, but a treatment for coeliac sufferers.

“Small amounts of gluten — even just a few crumbs — can be harmful over time and lead to issues such as osteoporosis or impaired growth,” he said.

“Previous evidence was only anecdotal with patients reporting getting sick after eating out. Our research not only validates these concerns, it also examines why gluten contamination might occur.”

While these results revealed that many businesses are not compliant with Food Standards Australia New Zealand’s (FSANZ) definition of gluten-free, the researchers did suggest that rates of non-compliance had improved in recent years.

Ensuring the safe sale of gluten-free foods, especially to consumers who medically require it, relies on better training and knowledge.

According to the Chair of the City of Melbourne’s People City portfolio, Councillor Beverley Pinder, the results serve as a reminder to food businesses to train staff, investigate their suppliers closely and to take important measures to ensure the safety of consumers.

“This study is all about education — we want to safeguard members of the public who need to follow a gluten-free diet, as well as business owners who want to provide this option,” Cr Pinder said.