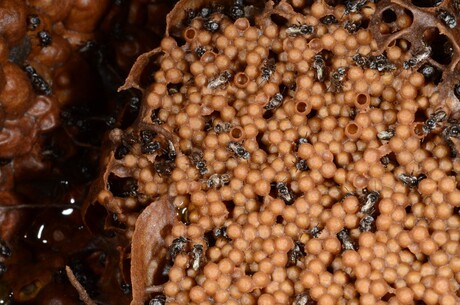 “We tested honey from two Australian native stingless bee species — two in Malaysia and one in Brazil — and found that up to 85% of their sugar is trehalulose, not maltose as previously thought,” Dr Fletcher said.

Trehalulose is a rare sugar with a low glycaemic index (GI) and not found as a major component in any other foods. Dr Fletcher said that traditionally, it was believed that stingless bee honey was good for diabetes; having a lower GI means it takes longer for the sugar to be absorbed into the bloodstream, so there is not a spike in glucose, as you’d find in other sugars. Dr Fletcher believes the findings could strengthen the stingless bee honey market and create new opportunities. 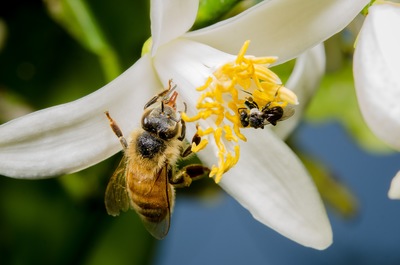 “Interestingly, trehalulose is also acariogenic, which means it doesn’t cause tooth decay. Stingless bee honey sells now for around $200 per kilogram, which is up there with the price of Manuka and Royal Jelly honey,” Dr Fletcher said.

Fletcher noted that the high commercial value could make the honey a risk for substitution, as people could sell other honey as stingless bee honey, or dilute the product.

“But due to this research, we can test for this novel sugar, which will help industry to set a food standard for stingless bee honey. People have patented ways of making trehalulose synthetically with enzymes and bacteria, but our research shows stingless bee honey can be used as a wholefood on its own or in other food to get the same health benefits,” Dr Fletcher said.

Stingless bees (Meliponini) occur in most tropical and sub-tropical regions, with more than 500 species across Neotropical, Afrotropical and Indo-Australian regions.

Dr Fletcher’s work has led to a new project funded by AgriFutures Australia and supported by the Australian Native Bee Association. Findings from the study were published in Scientific Reports.

The brains of healthy adults recovered faster from a mild vascular challenge and performed better...

The Australia and New Zealand Ministerial Forum on Food Regulation has approved the use of a...