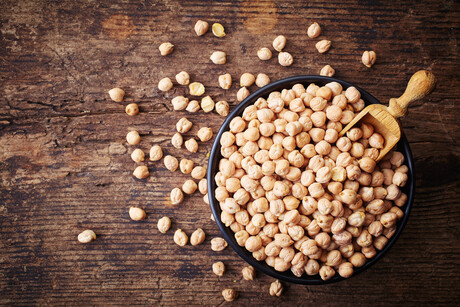 Artificial intelligence has been used by researchers at The University of Queensland to figure out how to grow the perfect chickpea.

The research was undertaken as part of a larger project to genetically map the chickpea crop in order to best facilitate optimal growing. Chickpeas are well understood as a crop, but little research has been done on their genome and its effect on farming output.

For the project, a team of researchers from across the world combined their knowledge to genetically assess the chickpea crop, analyse its chromosomes and genetic qualities, and track its development.

The University of Queensland team took this data and used specialised artificial intelligence technology to design the ultimate chickpea, which would have maximum seed weight and increased yield. The AI platform, FastStack, is specifically designed to design plants and crops with the ideal combination of genes for optimal output.

This new chickpea could be especially interesting in Australia, where chickpeas are the second-largest pulse crop grown. Importantly, the Australian Government has recently committed to researching how legumes grown in Australia such as the chickpea can be used for plant-based meat alternatives.

The combination of these research streams could prove commercially useful and allow for a high-yield crop to be used as a source of useful fibre in plant-based alternatives, which are proving to be increasingly popular for consumers.

The full research paper, including the contributions from the researchers out of Australia, can be read in Nature here.