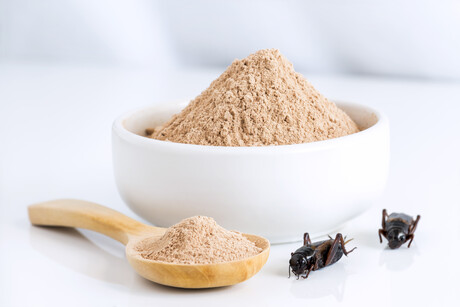 Researchers from the James Cook University (JCU) are working to identify potentially harmful allergens in insect protein. The research, performed in concert with the Australian Government’s National Measurement Institute (NMI), is examining the allergens in these increasingly used protein products, which are often derived from crickets, black soldier flies and mealworms.

Despite insect proteins becoming more common in foods, little is understood about the allergens in them, which could put consumers at risk.

“One of those products is a protein powder made from crickets. It’s registered as a food source worldwide,” said Professor Andreas Lopata, team leader and head of the Australian Institute of Tropical Health and Medicine’s Molecular Allergy Research Laboratory at JCU.

“You can also get muesli bars that are fortified with 10 to 20% cricket protein powder, and it’s incorporated in cookies and pasta.

“They’re very healthy and nutritious so our research into products like this with the NMI is focusing into the possible allergen contents. We want to know how can we measure these allergens and how can we quantify them.”

Specifically, the JCU team is looking at cross-reactivity, which is a phenomenon that occurs when proteins in one substance are found in another.

“Initial data from our lab suggests that some of these house dust mite allergens do cross-react to insects, and this could potentially mean that people with a house dust mite allergy who eat a food product containing insect proteins might experience an allergic reaction. But I should stress that this concept is still in the research phase.”

In research to be published later in the year, the researchers have also found a link between proteins present in both crickets and shellfish.

The information being gathered by JCU and NMI is being used by producers of alternative foods to develop testing kits, which will be able to detect allergens more accurately. This will, in turn, lead to products having more appropriate labelling about allergens.

“The insect-based food industry has been very co-operative,” Lopata said. “Insects are a very good and nutritious food product. It’s probably part of the alternative food future to feed billions of people as the world’s population grows.

“Insect food companies in Australia are very supportive of our research and want to produce food which is safe for people, including those with allergies.”