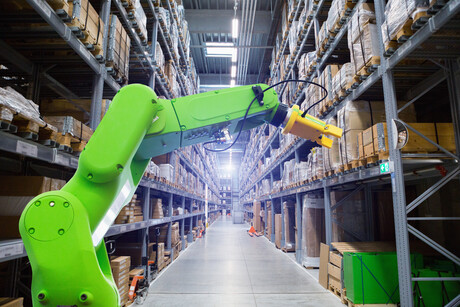 Researchers from the University of South Australia (UniSA) and Southern Cross University have developed a technique that should help robots navigate environments quickly and safely, which could also help them operate better in warehouse and agricultural environments.

The research, published in Journal of Field Robotics, involved developing algorithms that allow robots to avoid hitting obstacles (such as other robots, warehouse boxes or soft, defenceless humans) while moving to a location quickly — necessary for environments when speed is of the essence such as retailer warehouses. Programming the new methods involved combining the best parts of currently existing algorithms to allow a robotic kit — TurtleBot — to cleverly adjust its speed and steering.

“There are two types of path planning strategies for mobile robots, depending on whether they are being used in fixed environments or where they are encountering moving obstacles, such as humans or machines,” said Dr Habib Habibullah, UniSA mechatronics engineering lecturer and one of the paper’s authors.

“The first is fairly easily to program but the second is more challenging.”

Simulations were run using the researcher’s algorithms, as well as the commonly used Dynamic Window Approach and Artificial Potential Field.

TurtleBots programmed with these commonly used methods either bumped into objects during the simulation or took more time to reach the destination. The model put forth by the UniSA team, however, was neither clumsy nor slow and it got robots quickly to their destinations without colliding with any obstacles. This was despite occasionally taking a longer but presumably safer path.

Large retailers already employ robots in their supply chain, as they can work around the clock and are not at risk of physical injury. While these businesses may very well see positive outcomes from this development, the techniques offer benefits elsewhere too.

For instance, robots working in fruit picking, packing and palletising environments, which are often more complicated for robots to move through, would be able to operate in a safe and more efficient manner. Similarly, robot waiters that can cleverly navigate a busy restaurant could also be on the table. Any environment where the unpredictability of humans is added to the mix could see improvements with the algorithms.

“This could also be a potential solution for agricultural robots, for example, autonomous lawnmowers, ground robots for crop surveillance and autonomous weeding robots, where children, pets and other animals are often present,” Dr Habibullah said.

The full paper can be found here.