Research needed on new pathogens in beef and cow's milk 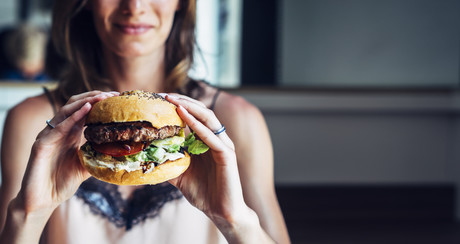 German researchers have identified new pathogens in beef and cow’s milk products that could cause inflammation and increase the risk of cancer in humans.

Scientists from the German Cancer Research Centre (DKFZ) have called the previously unknown infection pathogens “Bovine Milk and Meat Factors” (BMMF), and said they are similar to both viruses and bacteria. Because they are related to plasmids, they are currently being called “plasmidomes”. The researchers believe the BMMF do not occur as ‘naked’ genetic material but rather together with proteins.

According to the DKFZ, BMMF have been detected in cow’s milk, cow’s milk products and the blood serum of healthy cattle. Scientific findings so far suggest a possible indirect connection between the consumption of various foods originating from cattle and the occurrence of several cancer types in humans.

The German Federal Institute for Risk Assessment (BfR) explained the pathogens could cause chronic inflammations which can promote the development of colon and breast cancer. The outbreak of the disease may occur decades after the infection.

A lack of data has made it difficult to assess the possible cancer risk factors of BMMF, the BfR and Max Rubner-Institut (MRI) concluded. “The presumed connection between the BMMF and the incidence of cancer in humans should be examined further,” the BfR said.

While further research is needed, the DKFZ hypothesised that infants become infected with BMMF through supplementary feeding with cow’s milk before their immune system has fully matured. They suggested infants should not be fed cow’s milk too early and have advocated breastfeeding to help prevent various diseases.

“On the basis of the epidemiological studies published to date with regard to the connection between the consumption of red and processed meat and increased risk of colon cancer, and in concurrence with the German Nutrition Society (DGE) it is recommended to limit meat consumption to a maximum of 600 g/week. Contrary to this, the consumption of cow’s milk without any restriction is still recommended in compliance with the latest available knowledge,” the BfR stated.