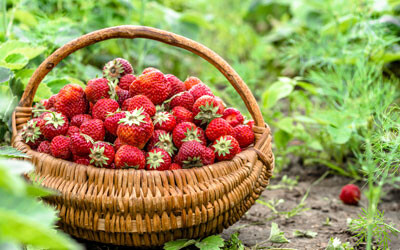 Some 26,000 workers are needed in the Australian horticulture industry over the next six months after thousands of fruit and vegetable pickers head back overseas due to the coronavirus pandemic, a report found.

Ernst and Young’s Seasonal horticulture labour demand and workforce study predicts the casual labour gap in Australian horticulture will increase from November this year and will reach a peak in March 2021.

The government is reeling to establish programs that incentivise international and Australian workers to be employed in regional areas across Australia.

AUSVEG, Australia’s peak industry body for vegetable and potato growers, has urged state and federal governments to listen to the concerns of growers.

AUSVEG Chief Executive James Whiteside said there is a need for appropriate incentives in place for domestic workers who are willing and able to do farm work.

“Growers always have a preference to employ local workers, particularly during the current economic environment that is resulting in many Australians losing their livelihoods, but more needs to be done to develop targeted incentive packages to entice willing and able local workers to work on farms,” Whiteside said.

The horticulture industry has relied on Working Holiday Makers for many years after previous attempts to attract local workers have proved fruitless.

Reports of worker exploitation, misleading wages and relocating had hindered any advance of this cause.

These factors, among others, have resulted in regional farmers chronically needing workers despite the Australian unemployment rate reaching a 19-year high.

Another critical and urgent issue for Australian farmers has been the need to resume flights for the Seasonal Worker Programme so people from neighbouring countries can come to work on the farms.

All states and territories, except Western Australia, have opted in to restart the program, which aims to use workers from nations such as Tonga and Papua New Guinea to fill critical farm labour shortages from the domestic labour market.

Whiteside said there continues to be a slow, drawn-out process to deliver flights.

“The pilot trial in the Northern Territory has demonstrated that there is an appetite from growers and workers alike to use this pathway to get workers on fruit and vegetable farms to perform much-needed picking, harvesting and packing roles,” he said.

Another critical issue for state governments is the effective movement of farm workers across state borders. With states implementing a variety of border closures, the process for these essential workers to move interstate has become convoluted and confusing.

AUSVEG has urged for a multi-pronged approach to these issues stating that ensuring an efficient and reliable workforce has been a long-term problem for vegetable growers.

“Fresh fruits and vegetables are a vital component to the health and wellbeing of every Australian and need to be picked and sent to market when they are ready, otherwise they will go to waste,” Whiteside said.

Scientists are creating 'digital twins' of mango and macadamia orchards to help boost...

The pigments that colour tomatoes may also affect their flavour, according to a joint study by...

DNA can be recovered from drug capsules