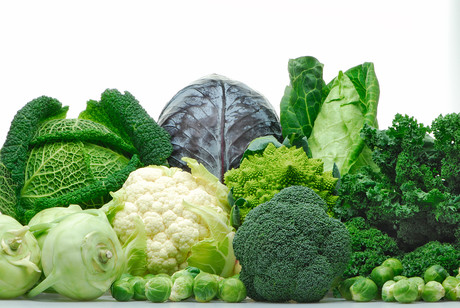 A genus of plants in the mustard family, the Brassicas of the world (cruciferous plants) share a distinct and bitter taste. The varieties used for food include, for example, broccoli, Brussels sprouts and cabbage, and condiments such as mustard. All Brassicas make sulfur-smelling compounds called glucosinolates, as a natural defence against pests.

Some consider the flavour of cruciferous plants their strongest attribute. But even in India and China, where Brassicas have been cultivated for over 4000 years, scientists have tried to tone down the chemical compounds responsible for their pungent flavour.

Now researchers from three continents — including biologists from Washington University in St. Louis — have mapped the crystal structure of a key protein that makes the metabolites responsible for the bitter taste in Brassicas. Published in the journal The Plant Cell, the study traces the evolution of the protein and its diverse by-products in this agriculturally significant group of plants.

Researchers have known about the central role of this protein for decades. But prior to this study, no-one had ever been able to complete the X-ray crystallography necessary to map the central role of this particular protein in detail. The work, co-led by Roshan Kumar, a postdoctoral fellow in the Jez laboratory at Washington University, uses genetics, biochemistry and structural biology to help unravel the molecular basis for the evolution and diversification of glucosinolates.

“Glucosinolates are derived from amino acids,” Kumar said. “Gene elongation is one of the important steps that provides most of the diversity in the glucosinolate profiles across all of the Brassicas. It decides which type of glucosinolates (the plant) is going to form.”

The insight gained in the study is an important step towards making a milder mustard or building a bitter-free broccoli.

The results could aid ongoing breeding strategies that manipulate crop plants for nutritional and taste benefits.

The work is a collaboration initiated by Naveen C Bisht, staff scientist at the National Institute of Plant Genome Research, in New Delhi, India, with Joseph Jez, and Jonathan Gershenzon, of the Max Planck Institute for Chemical Ecology, in Jena, Germany.