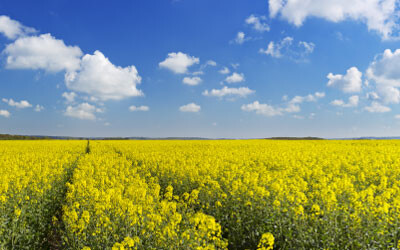 Food Standards Australia New Zealand (FSANZ) has called for comment on an application to allow food from a genetically modified (GM) canola.

FSANZ CEO Mark Booth said the canola (MON94100) is genetically modified to be protected from the herbicide dicamba, widely used in crop production.

FSANZ said in a statement MON 94100 will provide canola growers a tool for effective and sustainable weed management, including control of glyphosate-resistant weeds.

“This type of canola is primarily used to produce oil which would be manufactured overseas and imported into Australia and New Zealand. Other processed foods such as canola meal may also potentially be imported,” Booth said.

The application is the first to be accepted under a safety assessment sharing arrangement between FSANZ and Health Canada.

“The new arrangement involves the joint preparation and sharing of a single food safety assessment which is then used by each agency in making their own separate and independent assessment and decision on whether to allow the canola,” Booth said.

For this canola, the food safety assessment was initially prepared by Health Canada and then reviewed by FSANZ to ensure it meets all relevant requirements for Australian and New Zealand purposes.

“Our assessment found no potential public health and safety concerns and this canola is as safe as food from non-GM canola varieties,” Booth said.

“To help people make informed choices about the food they buy, food from this canola would need to be labelled as ‘genetically modified’ if there was any novel DNA and/or novel proteins from the canola in the final food.”

To have your say, visit the FSANZ comment page. Submissions close at 6 pm (AEST) on 1 March.