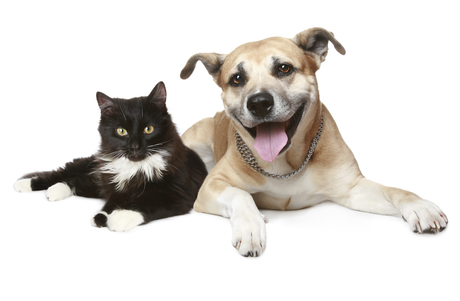 It seems the obesity problem in the United States is not limited to humans, with the Association for Pet Obesity Prevention reporting that 54% of dogs and cats are overweight or obese.

These numbers have been rising steadily, according to the American Society of Animal Science; however, many owners are too blinded by love for their furry friends to realise they have a problem.

Pet food companies and nutritionists have been searching for ingredients, like prebiotics and probiotics, to combat pet obesity. But a new solution could be on the horizon — researchers in Brazil have been investigating whether changing the processing systems for pet foods could improve their nutritional qualities and digestibility.

According to lead researcher Dr Aulus Carciofi, most pet food manufacturers have only one grinding condition for all recipes and do not change the extruder conditions based on the type of cereal used, with configuration only based on the fat, protein and meat inclusions in the diet.

His team has investigated what effect the particle size of grains used in extruded diets has on the food’s digestibility for dogs. The results have been published in the Journal of Animal Science.

They fed 54 beagle dogs either fine, medium or coarsely ground maize, rice or sorghum. They found that in rice-based diets, the raw material particle size and starch gelatinisation did not change nutrient digestibility. However, dogs fed the maize- and sorghum-based diets had reduced digestibility for foods with greater raw material particle size and lower starch gelatinisation.

In the faeces, there were higher concentrations of total short-chain fatty acids for dogs fed sorghum-based diets, compared to dogs fed the other two diets. Dr Carciofi explained that an increased amount of butyrate and decreased faecal pH could be a potential prebiotic effect and improve intestinal health of dogs.

The researchers concluded that if properly processed, maize and sorghum (generally thought to be less digestible) are as easily digested as rice-based food.