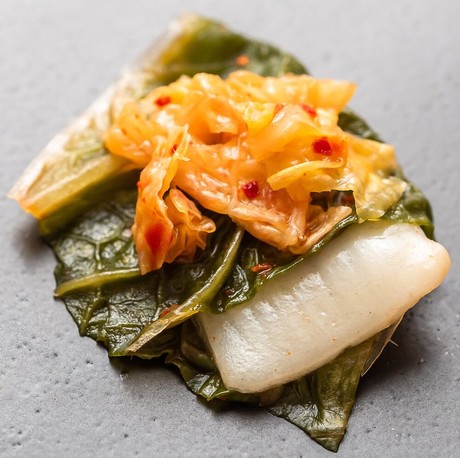 BlueNalu is a San Diego-based start-up company that is developing seafood products from fish cells in a process called cellular aquaculture. In a recent culinary demonstration, the company has shown how its first commercial product — yellowtail amberjack — performs during various cooking applications. This is a step towards the company’s plans to introduce cell-based seafood in a test market within the next two years.

“Our team has successfully produced whole-muscle portions of yellowtail fish fillet, derived directly from fish cells, in which our product performs the same way as a conventional fish fillet in all cooking applications.This is an enormous accomplishment, and we don’t believe that any other company worldwide has been able to demonstrate this level of product performance in a whole-muscle seafood product thus far,” said Lou Cooperhouse, President and CEO of BlueNalu.

The yellowtail can be cooked via direct heat, steamed, fried in oil, and marinated in an acidified solution for dishes like poke, ceviche and kimchi. The medallions can also be prepared in the raw state. During the demonstration, BlueNalu Corporate Chef Gerard Viverito prepared fish tacos, seafood bisque, poke and kimchi dishes, all using BlueNalu’s yellowtail product. Viverito described each recipe, as well as his experience and enthusiasm working with recipes that span choices on typical restaurant menus from appetisers to soups to mains.

“As a chef, I’m extremely excited about cooking with a whole-muscle, cell-based seafood product, as this represents sustainability in a whole new way. I feel great about cooking with seafood that I know supports ocean health and species biodiversity. In addition, I don’t have to worry about bones, fish scales, filleting or having to throw away any unused fish parts,” said Viverito. 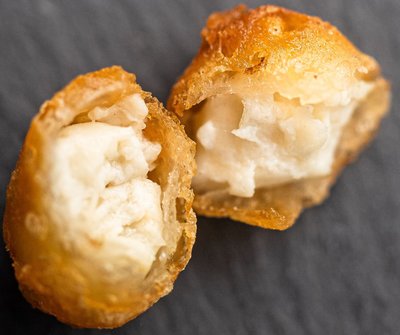 “When we started this company, there was very little available science on the long-term propagation of fish muscle cells and no reliable culture protocol. Creating a whole-muscle product from fish cells that are grown without genetic modification requires considerable innovation,” said Chris Dammann, CTO of BlueNalu.

The company’s science and technology team is now focusing on launching their products into a test market, having demonstrated success with a range of other finfish species, including mahi mahi and red snapper. It has plans for commercialisation, culminating in large-scale production facilities that meet Good Manufacturing Practices (GMP) guidelines and comply with regulatory requirements determined by the FDA for food production.