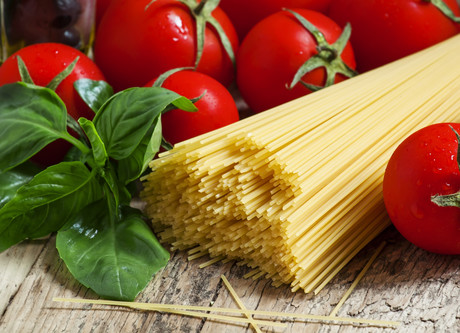 Many people follow a gluten-free diet for health reasons, such as those suffering from coeliac disease, but they may not be able to trust food labels claiming a product is gluten-free, as researchers found one in 40 ‘gluten-free’ labelled foods do not comply with the national standard of ‘no detectable gluten’.

The study tested 256 of Australia’s most popular manufactured gluten-free foods, such as noodles, rice snacks and pasta, at the National Measurement Institute in Melbourne. They confirmed gluten contamination by rechecking the levels, and purchasing and analysing further samples to see if the contamination affected multiple batches.

Seven samples from six manufacturers contained gluten at levels of up to 49 parts per million (ppm), and five out of the seven contaminated foods still contained gluten in a different batch, suggesting it was not an isolated issue.

“It’s troubling to think that these foods could be hindering the careful efforts of patients trying their best to avoid gluten,” said lead researcher Dr Jason Tye-Din, head of coeliac research at the Walter and Eliza Hall Institute and gastroenterology consultant at the Royal Melbourne Hospital.

“For instance, the study found a ‘gluten-free’ pasta which contained more than 3 mg of gluten in a standard single serve. This could have a harmful impact on patients with coeliac disease if consumed frequently.”

All the manufacturers of products containing detectable gluten were notified, and the researchers made recommendations to improve gluten regulation in factories.

“The findings indicate that gluten contamination does occur in packaged food available in Australia and is generally not restricted to a single batch of food. More frequent testing will improve detection and allow companies to take steps to identify and address the underlying cause. Ultimately, this will reduce the risk of gluten exposure to people with coeliac disease,” Tye-Din said.

“In addition, many of the items that failed the test were produced in dedicated gluten-free factories, so gluten contamination of externally sourced ingredients may be a factor and should be carefully examined.”

The results follow on from an earlier study that tested ‘gluten-free’ foods at 127 food businesses in Melbourne and found one in 11 samples were contaminated with potentially harmful levels of gluten.

The study, published in the Medical Journal of Australia, was supported by Coeliac Australia and the Victorian and Australian Governments.