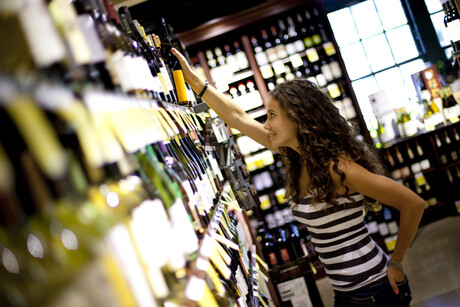 Researchers at the University of South Australia’s Ehrenberg Bass Institute for Marketing Science have found that despite predictions that the lockdown would cause a spike in alcohol consumption, there was little change in people’s drinking habits during the lockdown. Overall wine consumption rates remained reasonably stable, with people buying their wine from the same places and consuming wine on the same occasions. The research was based on a survey of almost 270 Australian wine consumers between 18 and 65+, split equally between men and women.

In a new paper, UniSA researchers revealed that across red and white wine, beer and spirits, only 15–18% of respondents reported drinking more often than before lockdown. Between 82% and 85% of those surveyed were consuming none, less or about the same of all types of alcohol as they were before lockdown. Research lead Professor Larry Lockshin said the survey of Australian wine consumers, conducted in May 2020, will form part of the wider international project undertaken by the Academy of Wine Business Research across 11 countries, to compare how different countries and cultures reacted to the pandemic isolation measures.

“Despite a lot of predictions about how people would drink more, how they might join online wine tasting groups or party and drink with friends online and even buy their alcohol online — the survey has shown there has been very little change in buying and consumption habits in Australia,” Professor Lockshin said.

Researchers asked respondents where they were buying their wine during the COVID-19 lockdown, and found there were no major changes in purchasing behaviour after lockdown. Many respondents (57%) did not purchase wine from online retailers, winery websites (61% did not) or cellar doors (62% did not) during lockdown, with most shoppers preferring their regular retail outlets. Online figures also showed that much of the sales volume from those outlets was the same customers just buying more; not a large influx of new customers.

“Early data showing a spike in alcohol purchases in March have been followed by fairly sharp declines in sales of beer and cider, spirits and wines in April and May, which would suggest, much like with groceries, people were stocking up ahead of the shutdown,” Professor Lockshin said.

Based on the research, Australian alcohol consumption has been relatively unchanged by the pandemic. “It will be interesting to see if that changes as consumers are once again able to go to restaurants, bars and clubs and drink in real time and in real life with their friends,” Professor Lockshin said.

Demand for reishi mushroom products is anticipated to increase in the near future, according to a...

Thanks to funding from Hort Innovation, CSIRO has brought together researchers to deliver an...