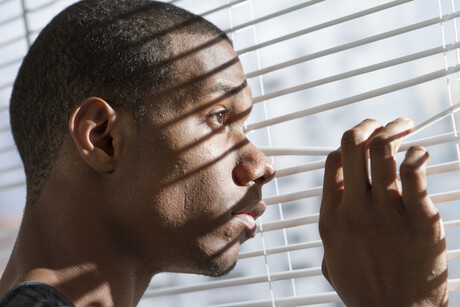 Intestinal flora plays an important role in health — including mental health. Researchers from the University of Basel and the University Psychiatric Clinics Basel (UPK) have now shown that probiotics can support the effect of antidepressants and help to alleviate depression, with their results published in the journal Translational Psychiatry.

Experts use medication and psychotherapy to try to help patients escape from the ‘black dog’, but it persists in some individuals. Researchers are therefore searching for ways to improve existing therapies and develop new ones. One promising approach is the microbiome–gut–brain axis.

It is known from previous studies that patients with depression show an above-average prevalence of intestinal and digestive problems. If the intestinal flora of people with depression is implanted in mice raised in sterile conditions — that is, with no intestinal flora — then the animals also develop depressive-like behaviour. For example, they are less energetic and show decreased interest in their surroundings than their peers. Researchers therefore suspect that the composition of the bacterial community in the gut plays an important role in depressive symptoms.

In their new study, the researchers led by Dr André Schmidt and Professor Undine Lang systematically investigated the effects of probiotics on patients with depression. All participants were inpatients at UPK and were given a probiotic (21 subjects) or a placebo (26 subjects) for 31 days, in addition to antidepressants. Neither the participants nor the study staff knew which preparation the subjects were taking throughout the study period. The researchers carried out a series of tests on the participants immediately before treatment, at the end of the 31 days and again four weeks later.

The subsequent analysis showed that although depressive symptoms decreased in all participants thanks to the general antidepressant treatment, there was a greater improvement in the subjects in the probiotic group than in the placebo group. In addition, the composition of their intestinal flora changed, at least temporarily: in the probiotic group, an analysis of stool samples revealed an increase in lactic acid bacteria at the end of treatment — an effect that was accompanied by a reduction in depressive symptoms. The level of these health-promoting gut bacteria decreased again over the following four weeks, which the researchers suspect was because the treatment window was not long enough for the new composition of intestinal flora to stabilise.

Another interesting effect of taking probiotics was seen in relation to brain activity when viewing neutral or fearful faces, which the researchers investigated using functional magnetic resonance imaging (fMRI). In patients with depression, certain brain regions for emotional processing behave differently than in individuals with good mental health. After four weeks of probiotics, this brain activity normalised in the probiotic group but not in the placebo group.

“Although the microbiome–gut–brain axis has been the subject of research for a number of years, the exact mechanisms are yet to be fully clarified,” said Anna-Chiara Schaub, one of the lead authors of the study. This was one reason why the researchers believed it was important to use a wide range of bacteria in the form of probiotics, such as formulations already available on the market.

Chalmers University of Technology researchers have developed a technology to process a fish into...