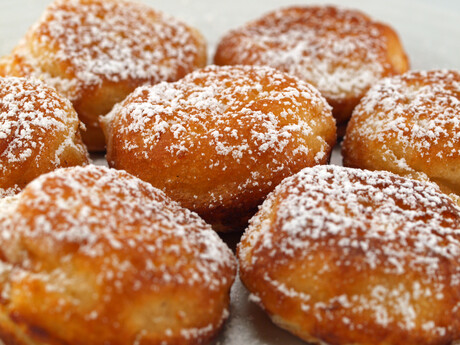 Over three decades of research into food technology, Professor Benu Adhikari has seen powerful changes in our approach to food and nutrition. Leading a team in RMIT’s Food Research and Innovation Centre, he brings researchers and businesses together to develop innovative new products for the global marketplace. Here Adhikari shares the four key technological trends he sees shaping the future of food.

With consumers now more knowledgeable about where their food comes from and its impact on the environment, it’s no surprise the global plant-based food industry is growing exponentially.

According to a report by Bloomberg Intelligence, the industry is predicted to leap from US$24.9 billion in 2020 to US$162 billion by 2030.

One of the booming trends is plant proteins. Industries that have traditionally sold animal protein-based products are now branching out with plant-based offerings like mock and alternative meats and vegan protein shakes to target a new market.

The plant-based food industry is predicted to be worth US$162 billion by 2030.

“Plants are made up of different compounds that are nutritionally important like protein, carbohydrates, vitamins, minerals and phytochemicals such as polyphenols,” Adhikari explained.

“Some plants contain a large amount of protein. This can be extracted and used to create nutritional and delicious products that replace animal proteins.”

While soy, pea and lentil proteins are used widely in existing plant-based foods, Adhikari’s team are researching proteins from plants such as hemp and potato to bring greater diversity to plant-based diets.

“Production of animal protein costs a lot per kilo,” Adhikari said. “Plant proteins cost much less to grow and harvest; they are nutritious and have less environmental impact than livestock.”

Some plant proteins like flaxseed and canola proteins are by-products of oil extraction. While historically these proteins were sold off as animal feed for their high nutritional value, scientists have found ways to repurpose them to improve the texture of many plant-based foods.

As the food industry focuses on more sustainable practices, Adhikari said companies are looking at algae as a potential source of protein.

“Plant protein is already here but algal protein will be the next big thing,” he said.

In many ways, plant and algal proteins are nutritionally similar, but algae take less land to grow.

“Algae growing in a bioreactor can create the same amount of protein as plants, saving hectares of land,” Adhikari said.

Algae requires less land to grow and creates the same amount of protein as land plants.

Like plant proteins, algal protein is a by-product of algae oil extraction. Adhikari and his research team at RMIT are working with companies to investigate how they can best use algal protein in food.

Adhikari said these proteins have great potential to create diverse food offerings, especially for people with restricted diets. This could include substitutes for animal-based ingredients to improve texture of plant-based foods, as well as fortify health supplements like squalene. 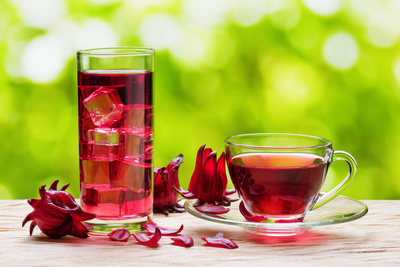 Drinkers of green tea already reap the benefits of polyphenols, which are antioxidant-rich compounds occuring naturally in plants.

Polyphenols are added to health or medicinal foods like supplements for added health benefits beyond basic nutrition.

For example, when a person does not get enough rest, their cells create more reactive oxygen, which contributes to aging. Polyphenols take out this reactive oxygen and help slow down the aging process.

“Polyphenols are produced by plants to protect themselves from insects, cuts and wounds. If we use polyphenols in a calculated amount, they have a protective effect especially against reactive oxygen,” Adhikari said.

While the use of polyphenols to fortify health food is not new, the research into the compounds is still in its fundamental stages.

“Researchers are now exploring different types of polyphenols, looking at their function and where we can take them,” Adhikari said.

His team is currently studying the properties of the roselle plant (also known as hibiscus), which could contribute to how we treat diabetes and manage obesity.

“We know there are polyphenols in the roselle. We are looking into how they behave and how good they are compared to known polyphenols.

“We think that some of the polyphenols from the roselle could help reduce diabetes by not letting the adipose cells, which are fat cells, multiply too much.”

4D-printing is the process where a 3D-printed object transforms its structure over time, usually triggered by an environmental factor like humidity, heat or microwave energy.

From donuts morphing into new shapes to biscuits changing colour over time, the excitement over 4D-printed food currently rests with its novelty factor, but there is potential for this technology to help people with dysphagia, who have trouble swallowing foods.

“There are lots of parameters to factor in — size, shape, texture, nutritional density and the combination of ingredients — that not only makes swallowing and digestion easier, but also avoids choking hazards,” he said.

Shape-changing donuts are just the tip of what’s possible with 4D-printed food.

So does Adhikari see a future of 4D-printed, self-hydrating pizzas like in Back to the Future 2? Maybe.

“It will depend on the technological advances in hardware, software and materials to come. And it will all depend on the market — if there’s demand, experts in food technology will try to get us there.”

Benu Adhikari is Professor of Biosciences and Food Technology at RMIT, with a focus on food engineering, proteins, structure and function.