In recent years in China, illegal cooking oil incidents have led to serious food safety risks and negative social repercussions. The illegal cooking oils include the refined waste oil from restaurants, repeatedly used oil and waste animal fats. Because such cooking oils may contain toxic polymers, peroxide and so on, they can be dangerous to human health. The most common clinical symptoms of poisoning include headaches, vomiting and diarrhoea.

Professor He Yujian and his group from College of Chemistry and Chemical Engineering, University of Chinese Academy of Sciences has established two rapid and convenient colorimetric techniques based on phase transfer technology which can be used for rapid and on-site detection of illegal cooking oils. Their work, Rapid colorimetric detection of illegal cooking oils based on phase transfer technology, will be published on SCIENCE CHINA Chemistry, 2013. 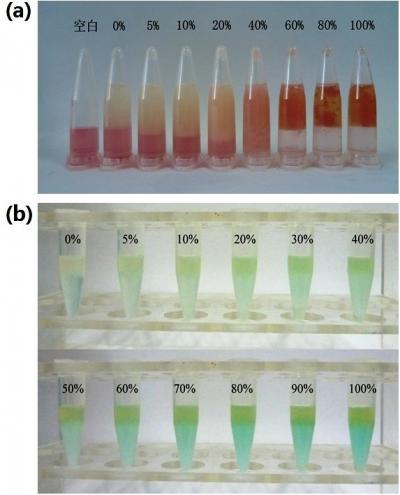 Compared with the traditional methods, this method is cost-effective and allows rapid and simple colorimetric detection of illegal cooking oils without complex pre-treatment. A national patent has been applied for.