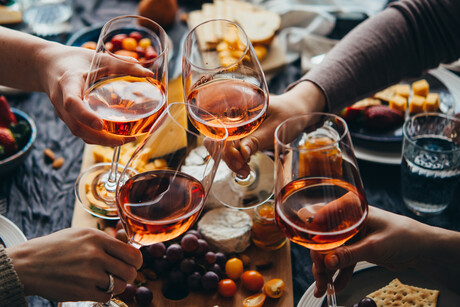 Newly published research has shown that Australia’s wines are some of the most awarded in the world. Maxima Kitchen Equipment has performed analysis to understand the number of awards that countries from around the world were given for their wines.

Award ceremonies from the last three years were analysed, including the International Wine Challenge, Concours Mondial de Bruxelles, the Sommeliers Choice Awards and the Decanter Awards.

The final list indicates the number of awards won from a total pool of 3540 awards and thus a good general idea about the quality of a country’s winegrowing prowess. It shows the 10 countries that have received the most awards.

Perhaps unsurprisingly for the viticulturally inclined, France’s wines are the most awarded in the world, raking in almost a quarter of the total awards bestowed internationally. Spain follows closely on its heels at 22% of the awards, with Italy pulling into the top three with 14%.

The United States is the first country outside of Europe to grace the list, with its wines taking home just shy of 10% of the awards from these competitions, putting it in fifth place, just behind Portugal with 12%.

Australia is unfortunately off the podium on this list and tallies in at sixth place. From the analysed awards ceremonies, it took home a hearty 133 awards, which represented almost 4% of the total pool. Interestingly, it also took home the third-most awards from the International Wine Challenge.

Australia is also the first country in the list from the Southern Hemisphere but is tailed closely by Chile and South Africa in seventh and eighth places. Greece and Argentina are the ninth and tenth most awarded countries.

“Wine is a favourite drink worldwide, with 23.4 billion litres being consumed a year, and has been in Europe for thousands of years. It is fascinating to see how well different countries around the world are at making wine,” said a spokesperson for Maxima Kitchen Equipment.

“The data shows that France is the best country for wine, and is one of four Mediterranean countries in the top 10, showing how vital climate is for producing wine.”

After more than 20 years at the wine industry body, the executive will be departing his position.

After Varroa mites were detected in NSW, a biosecurity zone was set up and beekeepers are being...