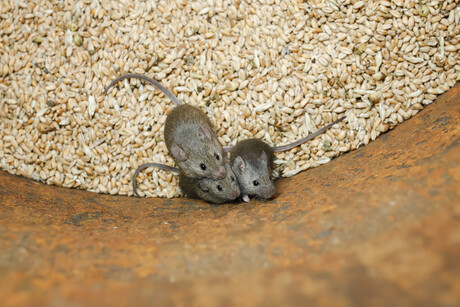 The NSW Government has announced a $50 million package to help rural areas deal with a mouse plague that has decimated crops and wreaked havoc on farms.

It is also seeking ‘urgent approval’ from the Australian Pesticides and Veterinary Medicines Authority (APVMA) for the use of potent rodent killer bromadiolone on crops as part of a free grain treatment strategy to bait mice.

The move comes after industry bodies NSW Farmers and the Country Woman’s Association of NSW (CWA) called on the state government to assist with the worsening economic and public health crisis. One-third of respondents to a recent NSW Farmer survey reported estimated losses between $50,000 and $150,000.

“We are coming off several very dry years, then we have excellent rainfall and growing conditions over a very large area. Mice are simply responding to excellent conditions. They started breeding earlier than normal, and their survival was also probably higher. Mouse populations can increase very rapidly,” he said.

The highly potent bromadiolone is a single feed rodenticide. Because there is a delay in the onset of symptoms, rodents cannot associate eating the rodenticide with becoming sick. The second-generation anticoagulant works by interfering with the production of vitamin K, essential for blood clotting, so the animals die from uncontrolled bleeding. They usually die three to seven days after eating the baits.

Dr Ian Musgrave, senior lecturer and researcher at the University of Adelaide, said second-generation anticoagulants are lethal to all mammals, native marsupials and birds.

If the authorisation goes ahead then bromadiolone will likely replace the current zinc phosphide as a grain treatment for broadcast bait, Musgrave said.

Zinc phosphide, another lethal baiting agent, is currently registered for use “in-crop”.

Dr Brown said there are few secondary poisoning risks with zinc phosphide because when a mouse eats the poison, the phosphide converts to phosphine gas in the acid environment of the stomach and is released, and does not accumulate up through the food chain.

“The sheer scale of the mouse plague means that traps and non-lethal approaches have no hope of controlling the mouse numbers,” he said.

“Both zinc phosphide and bromadiolone are toxic to humans, but farmers should have negligible risk with the recommended safe handling procedures. Broadcast grain baiting procedures prevent baited grain from entering grain intended for consumption.”

The challenge facing procurement in the aged-care sector

How to avoid dangerous mistakes when responding to anaphylaxis