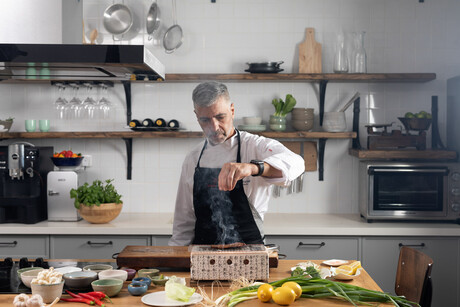 Despite being one of the world’s densest populated countries, Japan’s market for cultivated meat largely remains untapped.

While it has a robust economy (the third largest), this small island nation of 127 million people relies on importing over 60% of its food and resources from abroad.

Aleph farms grow beef steaks from non-genetically engineered cells, isolated from a cow, using what is claimed to be a fraction of the resources required for raising an entire animal for meat, and without antibiotics.

Didier Toubia, co-founder and CEO of Aleph Farms, said the MoU with the Food Industry Group marked a significant milestone for the company.

“The cooperation demonstrates Aleph Farms’ strategy of working together with the food and meat industries to ensure a successful integration of cultivated meat within the ecosystem while maximising the positive impact we make,” Toubia said.

“We are excited to bring cultivated meat production closer to the Japanese market.”

The cooperation between Aleph Farms and Mitsubishi Corporation’s Food Industry Group is also designed to tackle climate change, especially since the Japanese Government has stipulated a goal of achieving zero greenhouse gas emissions.

In April 2020, Aleph Farms committed to eliminating emissions associated with its meat production by 2025 and to reaching the same net-zero emissions across its entire supply chain by 2030.

As the demand for meat continues to rise with evolving lifestyles, the cooperation will also provide actionable solutions to overcome the societal challenges to the local population surrounding the domestic meat supply. This includes implementing stable food channels of quality nutrition.

Aleph Farms and Mitsubishi Corporation are members of the Cellular Agriculture Study Group, a consortium implementing policy proposals under the Japanese Center for Rule-Making Strategy. The consortium brings together a range of experts on the definition and construction of cellular agricultural foods. It also adds clarification of conditions for Japanese products and technologies to have international competitiveness and establishes mechanisms for coexistence and division of roles with existing industries.

Food Standards Australia New Zealand (FSANZ) is calling for comment on an application to allow an...