The Budget: what's in it for the food sector? 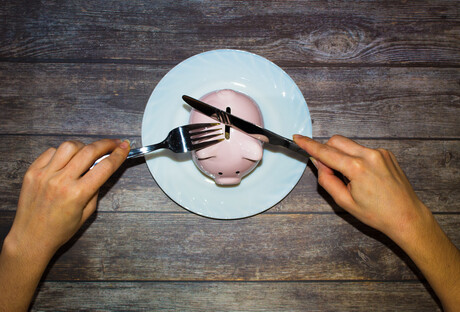 Australia’s agri-food sector is one of the winners from the Australian federal Budget 2021–22, with initiatives aimed to boost productivity across the food chain.

The government’s announcement has been largely well received by agri-food industry, with the National Farmers’ Federation (NFF) saying the Budget delivered “a shot in the arm for agriculture and regional Australia”.

However, questions still remain about the workforce shortages that wreaked havoc on pivotal fresh produce crops over the last year.

One of the key strategies that underpin the Budget is the Ag2030 plan. Initially conceived by the NFF in 2018 with bipartisan support, the plan’s overarching goal is to provide more than $850 million to the Australian agriculture industry to reach the value of $100 billion by 2030.

The plan has a series of initiatives that focus on infrastructure, biosecurity, soil management and drought, among other things.

“This Budget is recognition of the crucial role a strong and profitable farm sector plays in Australia’s overall economic prosperity.”

In an effort to create jobs and rebuild the Australian economy, the government is investing in the settings and skills to grow Australia’s digital economy.

Building on the $1.5 billion Modern Manufacturing Strategy announced in the October 2020–21 Budget, new funding includes $117.8 million over the next four years to deliver an Artificial Intelligence (AI) Action Plan, as part of the government’s Digital Economy Strategy. The plan is designed to support business to adopt AI and the development of AI projects, along with the associated high-skilled jobs these projects create.

Andrew Pooch, Managing Director – Oceania of food processing and packaging company Tetra Pak, was pleased about the focus on job creation and skills development to help drive the digitalisation of the food manufacturing industry.

“The manufacturing sector has always been — and will continue to be — a key driver of Australia’s economic growth. However, we are in a period in which the sector is rapidly evolving,” he said.

Another policy that could be popular among business owners is the extension of the instant asset write-off. The plan allows eligible businesses to claim an immediate deduction for the business portion of the cost of an asset in the year the asset is first used. This can be for new, second-hand and even multiple assets if each asset’s cost is less than the relevant threshold.

The write-off, which was expanded to $150,000 in last year’s Budget as part of the response to the COVID-19 pandemic, was due to expire on 30 June.

The new announcement extends the measure for a further two years from that date.

Perhaps the main gripe some in the agri-food industry may have about the Budget is the government’s response to the labour shortages that hampered the agriculture industry throughout the pandemic.

With the industry heavily reliant on overseas travellers with working visas, fruit and vegetable pickers and farm workers were in short supply after they all returned to their home countries during the pandemic.

Just 34,000 working holidaymakers remain in the country, well down from the 141,000 backpackers as of 1 January last year, according to peak vegetable industry body AUSVEG. The Budget also sees negative net migration to the tune of almost 100,000 by mid-year and does not predict the border reopening until at least 2022.

“These shortages result in produce going uncultivated and unpicked, productivity being choked and the viability of farm businesses challenged,” said the NFF in a pre-budget submission.

Under the plan, Australians will be eligible for up to $2000 in relocation assistance — $650 for temporary visa holders — once they complete 40 hours of agricultural work over two weeks, reduced from six.

Australian workers will also be eligible for reimbursement of up to $6000 if they complete 120 hours of agricultural work across a period of four weeks.

Other programs such as AgUp, AgAtract and AgFair are designed to entice young people to enter the agriculture workforce through funding, career fairs and educational campaigns.

AUSVEG CEO James Whiteside said that while the government is responding to the concerns of industry regarding the chronic labour shortage, more needs to be done to also bring in more workers from neighbouring countries to harvest and package fruits and vegetables.

Now that registration is open for foodpro 2021, let us delve into what to expect at this...