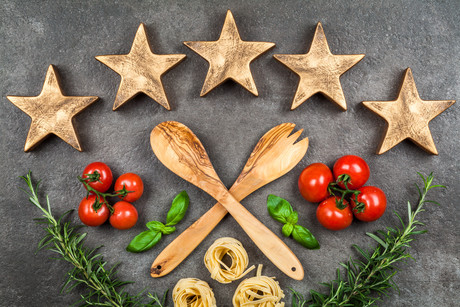 The Australia and New Zealand Ministerial Forum on Food Regulation (the Forum) met in Christchurch, New Zealand, in November, to discuss a range of food regulation and policy matters. The Forum agreed that the Health Star Rating system should remain voluntary, with options for interim targets in the five-year period to be considered as part of the implementation plan. Ministers considered the Health Star Rating five-year review report and its 10 recommendations for enhancing the Health Star Rating system, and also endorsed a plan to reform the Bi-national Food Regulation System (the System), following a review of the Food Standards Australia New Zealand Act 1991 (FSANZ Act).

The Forum comprises Australian and New Zealand Ministers responsible for food, and the Australian Local Government Association. Forum Ministers found the Health Star Rating system to be a useful tool to assist consumers in making healthy food choices, and agreed to implement some amendments to the system, as recommended in the review. Forum Ministers also noted that some recommendations in the report would require funding support, with further considerations necessary in the context of an implementation plan.

Ministers noted that the Health Star Rating system is primarily used for processed, packaged multi-ingredient foods, and agreed that a 5 star rating for minimally processed foods such as canned and frozen fruits and vegetables would be beneficial for consumers. Ministers also requested that the Food Regulation Standing Committee (FRSC) provide advice on implementing the rating, with definitions for minimally processed fruits and vegetables.

Forum Ministers decided to modernise the food regulation system by endorsing a plan that will be used to guide reforms to the System, and pursuing new institutional and legislative foundations for the System. The Forum also noted that governments, industry, consumers and public health advocates in both countries will be engaged in this reform process.

Some stakeholders raised concerns about the labelling and naming of plant-based alternatives to animal-derived products, which may be misleading to consumers, while others considered these products beneficial to consumers and the economy. The Forum discussed how plant-based ‘milk’ and ‘meat’ products could be referred to in the Australia New Zealand Food Standards Code. Ministers agreed that both the alternative products sector and the meat and dairy sector have a place in the market for consumers, as both add value to the Australian and New Zealand diet and economy.

Ministers felt that synthetic or laboratory-based products, as opposed to animals raised on a farm, are trading on the intellectual properties of primary producers and appealing to the unconscious values consumers ascribe to natural products like dairy and meat. Ministers also requested that the FRSC provide technical advice about edible oils (and how they are treated under the System) in early 2020.

Ministers took into account the measures taken by the European Union and the United States of America to protect the intellectual property of producers, particularly dairy and meat, and asked FRSC for its consideration of regulatory and labelling issues relating to these foods. Through this, the Ministers intend to develop a policy guideline to differentiate ‘synthetic’ animal products from their natural or conventional equivalents.

The Forum’s response paper will be published on the Food Regulation website, with the next Forum meeting scheduled to be in held in early 2020.

What a treat: Foodtech Packtech in Auckland

The Australian Government has announced its "extreme disappointment" in the decision by...

Cocaine use and hospitalisations on the rise