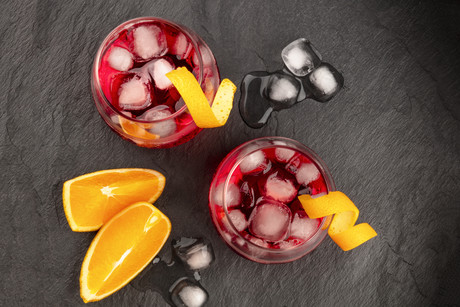 While traditional drinks take the lion’s share of the over 950 billion litres of packaged beverages consumed worldwide this year, vermouth, craft beer, non-alcoholic drinks and exotic fruit flavours are all on the rise.

The global beer market remains creative, with an expanding craft beer movement. Consumers are also showing interest in non-alcoholic beers, low-alcohol beers and beer mixes, all of which demonstrate an overall trend toward healthy consumption.

The global beer market grew by 1.4% last year, compared to just 0.4% in 2017, according to market research institute Plato Logic. This has been attributed to growth in the Chinese beer market for the first time since 2013. Market analysts rank China, the US, Brazil, Germany, Mexico, Russia, Japan, the UK, Vietnam and Spain as the 10 largest beer markets. According to the study, the six largest beer nations, taken together, account for more than 55% of global beer consumption.

Compared to the numbers mentioned above, the figures for craft beer do not look particularly exciting at first glance. Globally, according to Plato Logic, craft beer output came to 74.1 million hL last year, or just 3.8% of global beer consumption. Even so, craft beers are what add variety to the beer market.

According to Bob Pease, President and CEO of the Brewers Association, a question increasingly asked is whether craft beer consumption is drifting toward a turning point in the US. Pease commented: “There is no sign that the trend is weakening. Although increasing competition makes it harder, the market niche is still large enough for small and independent breweries with a regional focus to come onto the market and develop further.”

So far, the figures back Pease’s position. Whereas the total beer volume in the US declined by 1% in 2018, the Brewers Association notes that craft breweries grew by 4% to achieve a market share by volume of 13.2%, with output of 25.9 million barrels (30.4 million hL).

Another trend in the global brewery sector is the shift toward non-alcoholic and light beers. For 2018, Plato Logic reports global consumption of 43.96 million hL in this segment. This is up from 40 million hL in 2016. Europe leads the field with 27.22 million hL, followed by Africa/Middle East (7.62 million hL), the US (4.6 million hL) and Asia Pacific (4.52 million hL).

The non-alcoholic drinks sector continues to fascinate, with a particular focus on health consciousness, sustainability, convenience, and the combination of tradition and innovation.

For 2019 and beyond, market research agency Mintel perceives three forward-looking trends: the growing demand for sustainable products and improved recycling; the desire for a healthy old age; and convenience. Heading the list of the 2019 Top Ten Trends from Innova Market Insights is products that appeal to consumers interested in new discoveries and experiences.

In general, consumers demand natural ingredients, and imaginative combinations are always popular. Vegetable extracts from ginger to turmeric, vegetable-based ingredients such as those based on almonds, coconuts, oats and rice, and botanicals like basil, lemongrass and mint play a key role, as do new fruit taste nuances. Mintel recently identified asparagus extract, baobab fruit and maqui berries as functional ingredients with the potential to become a trend. For the European non-alcoholic beverage market, tropextrakt views fruits like calamansi, yuzu and mangosteen as rising stars. The company acknowledges that exotic fruits with special tastes or functions tend to be particularly successful if they harmonise well with familiar ingredients.

There are many examples of innovative beverages with additional benefits around the world. One company in the US, for example, markets a coconut and mango drink containing chia seeds in a 296 mL glass bottle, so the chia seeds are clearly visible to the consumer. Another company offers Melon Rosé, a watermelon drink with lemon, mint, rose water and baobab in a 355 mL PET bottle. Australia is home to a probiotic kombucha drink with a pomegranate flavour in a 250 mL glass bottle. A company in the Philippines markets its speciality, a still water flavoured with calamansi, in a 500 mL PET bottle. And in Singapore, tapped birch water comes in a range of flavours, including blueberry and cranberry juice, in a 250 mL carton.

There are all kinds of interesting creations on the European market. One British company, for example, has put new vegetable-based drinks in almond, oat, hazelnut and rice, and coconut and rice flavours on the cooler shelf. These contain spring water and a little sea salt, in addition to the above ingredients, and are marketed in 750 mL PET bottles containing at least 30% recycled PET. The same company recently added fruit juice mixtures with trendy ingredients like spirulina extract and extra vitamins to its range. A German start-up recently introduced a carbonated soft drink containing vegetable extracts, vitamins and bioactive Q10 in a re-usable 200 mL glass bottle. Other ingredients are passionfruit, lemon, grapefruit, ginger, turmeric and pepper. Another German brand markets a ginger and apple shot in rose hip, chokeberry and orange; turmeric, orange and pepper; and beetroot and pear varieties in a 60 mL glass bottle. And from another German beverage manufacturer comes a new herbal lemonade with the brand name ‘Kräuterbraut’ in three flavours: coca and cardamom, mint and nettle, and sage and tonka bean.

Water: Measured in terms of growth in per-capita consumption, bottled water will once again record the strongest growth in the traditional non-alcoholic drinks segment in Western Europe in 2019, according to Euromonitor International: from 97.8 L/person in 2018 to 100.7 L/person in 2019.

Soft drinks: There is currently a global focus on sugar-reduction strategies, and many countries have already introduced a tax on excessively sweetened soft drinks. Provisional calculations by wafg suggest that per-capita consumption of soft drinks in Germany reached 123.1 L in 2018, thanks in part to that year’s unusually hot summer. This represents an increase of 6.3% compared to the previous year. In addition to lemonades, low-calorie or zero-calorie light products enjoyed particularly positive growth.

Looking at the global 2019 forecasts for the categories of milk (14.5 L/person), carbonated soft drinks (21.6 L/person) and juice (7.9 L/person), Euromonitor International rates these segments as largely static compared to 2018, with changes of no more than 0.1 L/person.

According to IWSR (International Wine and Spirit Research), worldwide consumption of alcohol declined by 1.6% in 2018. However, this downturn is set to be temporary. For the next five years the market research institute forecasts further growth and the continuation of the trend toward increasingly higher-quality alcoholic beverages.

Gin has been a frontrunner, with gin sales showing the greatest growth in the last year. According to IWSR, this category of spirits grew by 8.3% worldwide, with more than 72 million 9 L cases sold. In the UK alone, the growth rate was 32.5%. By 2023, global gin sales are expected to reach 88.4 million 9 L cases. The key markets are regarded as the UK, Germany, Italy, France, the Philippines, South Africa, Uganda, Canada, Australia and Brazil. Following a doubling of gin sales in Brazil in 2018, the country is already being treated as the new ‘gin hotspot’.

Despite the currently booming gin market, market research institute Mintel predicts that the gin trend will be overtaken by a vermouth trend. Here too, smaller craft brands are fuelling growth. One example is a sweet vermouth made from cascara, an infusion of coffee cherry husks that are generally regarded as waste that therefore also allows the vermouth to meet the criterion for sustainability.

IWSR says that the spirit category of whisky also enjoyed strong growth last year, with sales up 7% worldwide. By 2023, an average annual increase of 5.7% is expected. If this happens, around 580 million 9 L cases of whisky will be sold by 2023. One interesting development is the Intelligens single malt whisky created using artificial intelligence (AI) by the Swedish whisky distillery Mackmyra, based on the Microsoft Azure platform. Mackmyra provided Finnish technology company Fourkind with its 75 whisky recipes, which have been compiled over the years. Using this as the raw data, Fourkind built an AI model that generates new recipe suggestions.

Other IWSR data show that consumption of alcoholic mixed drinks increased by 5% in 2018. By 2023, the market research institute predicts an annual consumption in this segment of around 597 million 9 L cases worldwide. By contrast, vodka, liqueurs and cane spirits are probably likely to continue become less popular in the next few years.

The IWSR reports a global decline in wine volume of 1.6% in 2018, primarily because less wine was consumed in Italy, France, Spain, Germany and China. In the wine segment too, there is a global trend in favour of higher-quality wines. As a result, increasing expenditure on wine can be expected worldwide in future. By 2023 it is projected to be US$224.5 billion, up from US$215.8 billion in 2018. The sparkling wine category is likely to be even more dynamic and there is talk of an annual sales growth of 1.17%, fuelled above all by sales of prosecco. IWSR also predicts a significant increase globally in alcohol-free and low-alcohol wines.

The cider market continues to be largely based in Western Europe and this market has declined continuously over the years.

BrauBeviale is a three-day event for the beverage industry worldwide which is held at the Exhibition Centre in Nuremberg, Germany. The next event will be held from 10–12 November 2020.

Ministers from Australia and NZ have decided that the Health Star Rating should remain voluntary,...

Beef and dairy industries predicted to collapse by 2030

A report has predicted the collapse of the dairy and cattle industries by 2030 as animal meat is...

The 'Food Waste Stage' is on debut at this year's Australasian Waste & Recycling...

The challenges of working in a lab