Pierre Pienaar has been elected to the World Packaging Organisation (WPO) board as the vice-president responsible for education. The appointment was announced at the biannual WPO meeting, which has held at the Messe Düsseldorf. Pienaar is a past president of the Australian Institute of Packaging (AIP).

Pienaar’s relationship with the WPO began in the 1990s as president of the Institute of Packaging South Africa. When he became involved with the AIP in 2002, he began the push for Australia to become a member of the WPO. Pienaar felt Australia had much to offer the international packaging world and he knew how much there was to gain for members who were part of a global, industrial family and network.

Thanks to Pienaar’s drive and networking, the AIP became a full member of the WPO at its 85th board meeting in Istanbul in 2010. 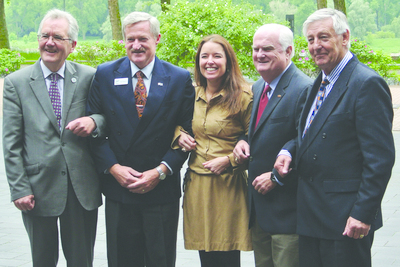 During his term as AIP president (2010-2012), Pienaar played a significant role in ensuring AIP membership on WPO’s Education and Marketing Committees. Once on the Education Committee, he agitated WPO to take up the challenge of delivering more to developing nations in the form of education and training.

When Lebanon had to withdraw from hosting the May 2013 board meeting, owing to uncertain security, Pienaar jumped at the opportunity of inviting WPO and its members to relocate the meeting to Sydney. The Sydney WPO meeting was held in conjunction with AUSPACK PLUS 2013.

This proved to be an excellent opportunity to showcase to the world Australia’s high standards in the industry. The meeting also allowed the WPO board and its Education Committee, led then by Gordon Stewart from the UK, to take a closer look at the outstanding education programs offered by the AIP.

Since then WPO has called on the AIP’s Education Committee, led by Pienaar, to deliver more and more education in developing countries. To date, Pienaar has been instrumental in creating and delivering tailor-made courses in Malaysia, Indonesia, Nigeria and Singapore. Later this year he travels to Nigeria again, upon its request for follow-up training, and to Ghana. Vietnam and China have also shown keen interest in AIP’s courses delivered under the WPO banner.

Pienaar’s new position as WPO vice-president, responsible for education, is a recognition of his passion and drive to attain the highest standards possible in all aspects of packaging design and technology; and his sincere interest in and determination to support, nurture and develop member countries where required. Pierre believes, “The more people we educate in effective packaging, the better we fulfil the WPO mission: better quality of life for more people through better packaging.”

Experts respond to WHO sugar recommendations

The World Health Organization has released its guidelines on sugar intake - and they're...

Georgie Aley has been appointed as the first chief executive officer of the Australian Institute...

A Victorian importer who tried to pass off illegally imported South Korean meat as vegetables has...