Lorna Raine has been announced as the new chief financial officer of George Weston Foods, one of the largest food manufacturers in Australia and New Zealand.

Raine has extensive experience in senior-executive finance and leadership roles for multinational consumer, media and quick-service businesses. As part of her role, she will preside over the four GWF business units: Tip Top Bakeries, Don, Mauri ANZ and Jasol.

Most recently a senior finance executive at Fairfax Media, Raine has previously held senior management roles with Yum! Restaurants International, including General Manager Operations - KFC. Prior to relocating to Australia, Raine was chief financial officer of McDonald’s South Africa, where she was instrumental in the creation and execution of the organisation’s strategic plan through a period of rapid expansion.

Raine is also currently a non-executive director on the board of Dick Smith. 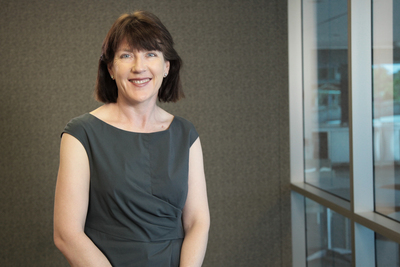 “Lorna’s impressive track record in senior-executive finance roles makes her an ideal leader to contribute to the growth and next iteration of GWF,” said GWF Chief Executive Andrew Reeves.

“In addition, her long history and passion for consumer and quick-service business, both in Australia and overseas, further emphasises that Lorna is a great fit for us.”

“GWF is an impressive organisation and a strong constituent of Associated British Foods (ABF) - a hugely successful international food, ingredients and retail group in 46 countries. The local subsidiary is led by very talented individuals doing great things in their respective categories and I look forward to assisting them on their journeys.”