Wiley has been selected to expand and upgrade GrainCorp Foods’ West Footscray plant. The upgraded facility will give the company extra capability, including retail spreads, bakery fats and shortenings.

GrainCorp has launched the project as part of a wider initiative by GrainCorp Oils to integrate its edible oils and spreads manufacturing operations. The initiative will increase overall competitiveness and reduce carbon emissions by around 25,000 tonnes each year.

These changes will reduce the trucking distance of the final product by 550,000 kilometres each year to customers based in Melbourne and Sydney. 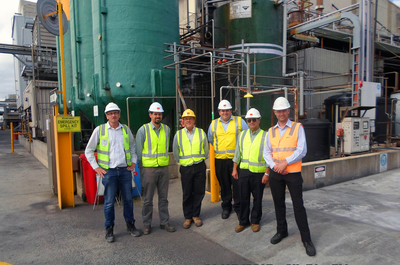 “A major outcome of the project will be improving environmental performance by reducing carbon emissions by around 25,000 tonnes per year, thanks to the disuse of coal-fired equipment currently used to generate steam at the Murrarie plant,” added Wiley Business Operations Director Simon Spittle.

“GrainCorp’s investment in its West Footscray and Numurkah sites will eliminate the need for the coal-fired equipment, providing GrainCorp with the opportunity to invest in more efficient and environmentally sustainable technology.”

A new website designed to help food and beverage manufacturers expand their businesses, or invest...

Increased demand from the food industry for Enmin's products and services has necessitated a...