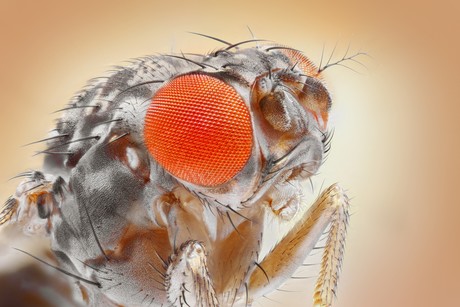 Fruit flies cost Australia’s horticulture sector around $300 million a year and have a major impact on fruit and vegetable growers. Currently manual monitoring is used to determine if fruit flies are present and where they are. This manual monitoring of traps containing pheromones or food to lure fruit flies is very time-consuming and onerous.

But this may become a thing of the past as a real-time fruit fly detection and monitoring system is being trialled.

A new start-up, RapidAIM, is trialling a real-time monitoring system: low-powered smart sensors to detect insects like fruit flies from their characteristic movements. The sensors, which can be placed by the thousands, send data to the cloud using a radio-modulated technique, giving producers real-time data flow of the pests on their farms and regions through a linked mobile app.

If these trials are also successful, the RapidAIM technology will enable crop protection products to be used in a more targeted way. Globally more than 900 million tonnes of insecticide is used to control insect pests every year, but around 98% of this reaches targets other than those intended.

RapidAIM’s innovations have the potential to transform the way fruit flies are tracked and facilitate prediction of fruit fly movements, so growers will be able to protect their crops more effectively.

The technology developed by CSIRO researchers is backed by the federal government’s National Innovation and Science Agenda (NISA). RapidAIM is receiving a $1.25 million investment from Main Sequence Ventures, through the CSIRO Innovation Fund, and has also received support from CSIRO’s ON program, with both programs part of NISA.

After a year-long operation, Auckland has been declared free of the Queensland fruit fly, with...