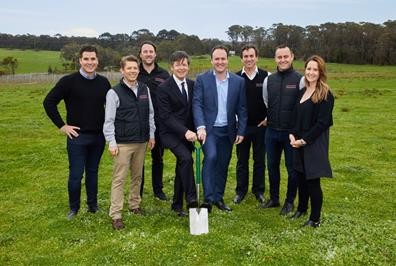 Australian fresh produce company Montague has officially opened a produce and packing facility at the Brisbane Markets site in Rocklea, Queensland. This follows an earlier announcement about Montague’s recent ground breaking of a packaging and export distribution centre in Narre Warren North, Victoria, expected to be completed by late 2020.

Montague’s 5578 m2 facility in Queensland is fully automated and temperature controlled, with a 24/7 monitored cold storage space and ripening rooms equipped with European tarpless technology. The specialised equipment in the facility is designed to ensure the reduction of ethylene and airborne pathogens.

“We are excited to see this energy-efficient facility reach completion. Not only will this centre manage end-to-end logistics and distribution capabilities, but our environmentally friendly refrigeration technology will allow us to continue to deliver fresh produce every time to our customers in Queensland,” Hamish Montague said.

The company held a soil turning ceremony in the Montague orchard in Narre Warren North to mark the commencement of construction of the facility. The ceremony was hosted by Montague Executive Director Scott Montague and the Honourable Luke Donnellan, Minister of Child Protection, Disability, Ageing and Carers, and State Member for Narre Warren North.

The Narre Warren North facility will also include a community engagement centre, featuring a cafe, retail store, bike rental facilities and pick-your-own orchard. The packaging and export distribution centre will facilitate the creation of 50 new permanent jobs, supporting regional fruit growers and extending their reach into international export markets. Construction is expected to be completed by late 2020.

After a year-long operation, Auckland has been declared free of the Queensland fruit fly, with...