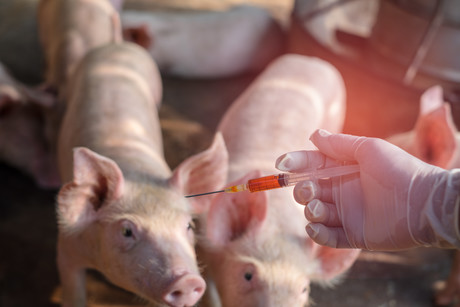 African swine fever poses a significant threat to Australian pigs, with Agriculture Minister Bridget McKenzie convening an emergency roundtable of experts to determine what can be done to prevent the disease from entering the country.

“African swine fever is potentially the biggest animal disease event the world has ever seen and it is marching south through Asia, towards Australia,” Minister McKenzie said.

While the disease doesn’t pose any threats to human health, it has a devastating effect on pigs, having killed 80% of pigs it infects. There is no cure for the contagious disease, with some estimates suggesting that China’s pig herd has decreased by 30% due to African swine fever. This may increase to 50% by the end of 2019 — leading to the loss of 200 million pigs.

“We need to make sure we’re doing all we can to keep this disease out so we can safeguard Australia’s 2700 pig producers, the 36,000 jobs that rely on their businesses and all those millions of Australians who enjoy eating our safe, high-quality bacon and pork,” Minister McKenzie said.

In response to the threat, the Liberal National Government has increased inspections of people and meals arriving from countries affected by African swine fever. Australia has also suspended the trade of high-risk pig products from affected countries, and banned travellers from bringing in pork jerky from all countries. However, Minister McKenzie said more can be achieved by partnering with industry.

“The threats to the system are real and deserve proper resourcing and national attention. Biosecurity should be mentioned along with defence and home affairs as safeguarding the nation,” Minister McKenzie said.

Following the increased border checks, 23 tonnes of pork from American swine fever countries has been seized, with 15% of the pork testing positive for the virus. The emergency roundtable will address the threat of African swine fever, with livestock, meat, stockfeed, food and beverage industry leaders, market analysts and chief veterinary analysts meeting Minister McKenzie on 6 September.

“We need everyone to take biosecurity seriously and make sure they don’t become a vector for a disease that could decimate our domestic pig industry and way of life by doing the right thing when bringing things into the country,” Minister McKenzie said.

African swine fever could have a devastating impact on Australia’s pork industry, as less than 10% of Australia’s pig meat by value is destined for overseas markets. Biosecurity ensures the safety of food products coming in and out of the country, and affects agriculture’s contribution to the national economy, as well as the economies in regional areas.

The $90 million expansion of Nestlé's site in Blayney, NSW, will allow the company to...

The multi-beverage factory in Ipswich is expected to be completed by mid-2024 and will include...

The grants funding package will see Australian Plant Proteins collaborate with two other...