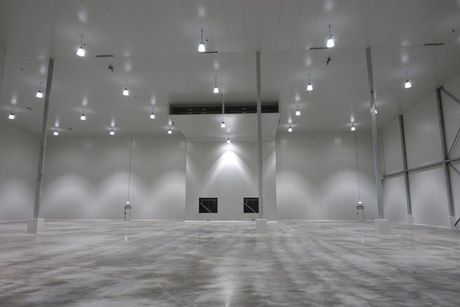 One of Australia’s leading national and export quality meat suppliers, Ralph’s Meat Company, operates its own processing and retail facilities, in addition to supplying export markets in more than 20 countries. The company’s facility at Seymour, 97 km north of Melbourne, employs around 150 people and has a capacity of about 500 head of cattle per day.

Until recently the company transported its meat from Seymour to a third-party cold storage facility that would unload individual boxes onto stillages/steel racks, blast freeze them and then, three days later, stack the boxes of frozen meat onto pallets for either holding/inventory or containerising.

Being aware of the inherent risks of handling of transporting its product to a third-party facility, Ralph’s Meats consulted Refrigeration Services about  supplying and installing a two-stage ammonia refrigeration system for a 9300-pallet freezer/chiller meat freezing and storage facility.

Ralph’s had some clear objectives:

By incorporating the refrigeration plant on-site, Ralph’s knew it would have better control of its products and, through its HACCP plan, be able to ensure that the quality of the meat being processed in the plant and delivered to consumers, both locally and internationally, would never be compromised.

Ralph’s Meat Company operates its own Meat Safety Quality Assurance (MSQA) program, which is monitored by a DAFF-appointed veterinary officer on a daily basis. The quality program is a HACCP-based system approved by DAFF which is a process control system designed to identify, prevent or control microbial and other hazards in meat processing. Steps are designed to prevent problems before they occur and to correct deviations as soon as they are detected.

Refrigeration Services supplied and installed an ammonia holding blast/freezer system that holds up to 9300 pallet spaces of boxed meat. 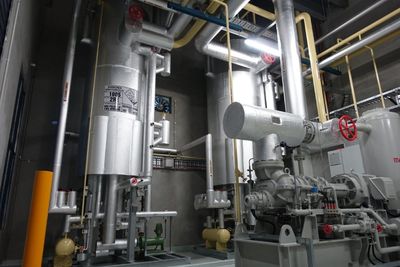