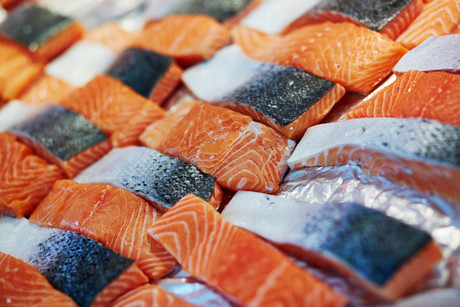 With sustainability becoming increasingly important in the food industry, the Marine Stewardship Council (MSC) has found consumers are confused about which claims they can trust and many have begun to prioritise price instead.

The MSC commissioned GlobeScan to carry out a survey, the second of its kind, of over 25,000 consumers in 22 countries to gauge global attitudes to seafood. It found that seafood consumers still place a high importance on sustainability, with 83% agreeing that we need to protect seafood for future generations.

While the study in 2016 found consumers were willing to pay more for sustainable food, this study reported their seafood purchase decisions were motivated more by price than sustainability, particularly men.

However, this global shift was not the case in countries such as Germany, Austria, China, Spain, the UK, Switzerland, Italy and Sweden, where consumers continued to place sustainability above price.

72% of seafood consumers agreed that in order to save the oceans we need to consume seafood from sustainable sources, and there was a 2% increase in people believing we should switch to another type of fish if it is more sustainable.

"This survey shows that consumers really do care about the oceans, but with so much confusion about how consumers can help, it's more important than ever to cut through the clutter and deliver an easy way for people to choose sustainable seafood. With a rising consumer focus on price, and the finding that worldwide more than half of consumers report eating seafood weekly, it is critically important that they have a range of clearly labelled sustainable options at the right price point," said MSC Head of Marketing Richard Stobart.

One of the main issues is gaining consumer trust. Certification bodies such as the MSC are more trusted than government and large companies, according to the survey. Global trust in the MSC label remained high (69%) and awareness of the MSC label increased from 32% in 2016 to 37%.

The survey found 72% want independent verification of sustainability claims in supermarkets, up from 68% in 2016. 70% also reported they wanted to hear more from companies about the sustainability of their seafood.

"In a world of increasing consumer pessimism, people are looking for messages of hope and reassurance," said GlobeScan Associate Director Abbie Curtis. "We are happy to see that the theme of protecting seafood for future generations resonates strongly with consumers in all 22 countries surveyed. We're also seeing that, in a low trust environment, consumers are increasingly looking to third parties to verify sustainability claims."

Two Melbourne factories that make products for Cadbury, the Natural Confectionery Company and...

KitKat to go carbon neutral by 2025

Confectionery brand KitKat has announced it will become carbon neutral by 2025.

A new thermally efficient exoskeleton is one of a suite of energy-efficient innovations being...

Sonar: its time to surface

How do older Australians feel about digital health in the home?