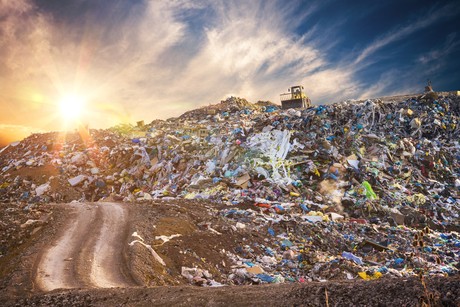 The South Australian Government is cracking down on single-use plastic products, which could result in a ban on items such as straws, coffee cups and plastic bags.

The first explores how to tackle the environmental impacts of single-use plastic items. The state’s ban on single-use plastic bags in 2009 has effectively removed around 400 million bags from circulation each year in South Australia. The paper suggested “similar legislation could be developed to provide a flexible and long-term framework that enables bans on various single-use plastic products”.

The second deals with improving the effectiveness of South Australia’s container deposit scheme (CDS), which was established in 1977 to reduce littering of beverage containers. Since then, it has expanded to include beverage containers such as flavoured milk, juice and waters prevalent in the litter stream, and the refund amount has increased to 10 cents.

While the CDS is a successful program, recovering almost 603 million containers by collection depots for recycling in 2017–18, Spiers said it has been 10 years since the last change and “it is time to consider opportunities to further improve the scheme, including in terms of its contribution to recycling”.

Detmold Group, a sustainable paper and board packaging producer, has announced its support for the government’s push to ban single-use plastic products.

“We know there are significant impacts on the environment associated with single-use plastics in packaging,” said Detmold Group Marketing and Innovation Manager Tom Lunn.

“Concerns over the threat to our marine life and natural environment are well founded, but there are sustainable solutions available.

“We’re pleased South Australia is once again leading the discussion in making meaningful environmental change and we encourage other businesses to join us in responding to the proposal to ban single-use plastic products.”

He continues by stating that the company offers a range of recyclable packaging options, including its RecycleMe cup which ensures collected cups are turned into paper products. Detmold Group was recognised by the Australian Packaging Covenant with the Excellence in Sustainable Packaging Award, and Lunn said, “We continue to assist brands in making the move to paper bags and eliminating unnecessary plastic from other packaging items.”

Spiers welcomed industry feedback on the discussion papers. To have your say on South Australia banning single-use plastics, click here.