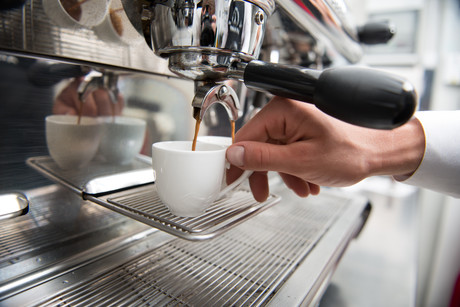 The grains being used to flavour your coffee may become another person’s cup in the future. A PhD student from Macquarie University has worked to limit waste by turning coffee grounds into lactic acid, which can then be used to produce biodegradable coffee cups.

Researcher Dominik Kopp said over 920 cafes and coffee shops produce nearly 3000 tonnes of waste coffee grounds every year in Sydney alone, and 93% of this waste ends up in landfill where it produces harmful greenhouse gases.

After sourcing coffee grounds from coffee shops on Macquarie’s campus, Kopp said his team “assembled a synthetic pathway to convert the most abundant sugar in the coffee grounds, mannose, into lactic acid”.

50% of coffee grounds are made up of sugars, which can be converted into lactic acid and used to produce sustainable biodegradable plastics, including plastic coffee cups, yoghurt containers and compost bags.

“I think my project is one of many interesting approaches on how to use synthetic biology in a responsible manner for the development of a more sustainable and greener industry that doesn’t rely on crude oil,” he explained. “The simple idea that we are converting waste into a valuable and sustainable product is extremely exciting!”

Dominik Kopp in the lab.

Kopp won the INOFEA Early Career Award for Applied Biocatalysis or Nanobiotechnology for the poster he presented on his research at the 18th European Congress on Biotechnology last month.

He plans to increase yields of lactic acid by further optimising his conversion pathway.

With Australians consuming six billion cups of coffee every year, and coffee grounds only being used once before they are discarded, Kopp’s method of converting coffee waste into cups could have a significant impact on the environment.