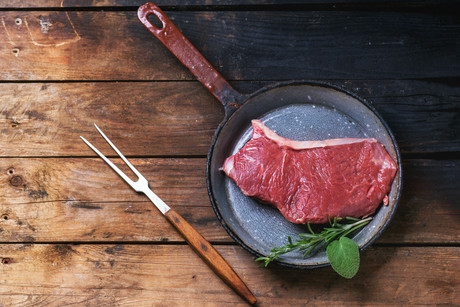 A report by the EAT-Lancet Commission has recommended limiting red meat consumption to a maximum of 28 g a day, but Meat and Livestock Australia (MLA) fears the implications this may have on the Australian red meat industry.

The EAT–Lancet Commission’s ‘Healthy Diets from Sustainable Food Systems’ report, published in January, addresses the need to feed a growing population a sustainable and healthy diet. Line Gordon, Director of the Stockholm Resilience Centre which managed the scientific coordination of the report, concluded that this will require changes to diets and global food production.

“The world must do three big things in particular. It needs to halve the amount of food waste by 2050. It must move to more efficient and sustainable production systems and invest more in healthier crops. And people need to eat more fruit, vegetables, nuts and legumes and reduce their dairy and red meat consumption. Our analysis indicates that moving to such a balanced diet could prevent 11 million premature deaths per year,” Gordon explained in his commentary ‘Feeding the Ten Billion’.

The report has received significant media attention over the last few months, with some disagreeing with its recommendations. MLA said that “the underpinning evidence base is limited”, but it is estimated that universal adoption of this guideline by 2050 would reduce global meat production by 70%.

Band attended the Commission’s Australian launch and has been working with the authors of the report and the EAT Global Chief Executive Officer to determine how the EAT-Lancet Commission could be localised in Australia. She said initial discussions suggest that local uptake of the recommendations would not mean a reduction in production, given the nation’s export profile and limited arable land.

“When looking at global food security, using available resources like our rangelands and grasslands to graze livestock is a sustainable food production system. In many areas, that’s the only way we can produce food on that land while managing the landscape.”

Gordon said, “We want the report to start a discussion among all stakeholders — from farmers to consumers — about what we will be eating, and how we produce it, 10, 20 and 30 years from now. If we can do that, our food system can benefit, rather than harm, our own health and that of the planet.”