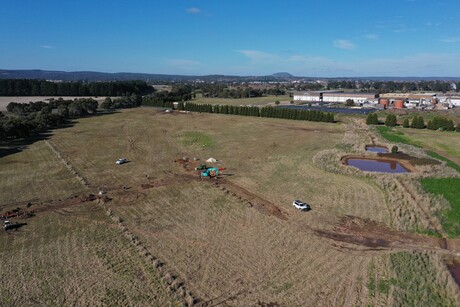 The 8.2 megawatt (MW) system will utilise a combination of solar and co-generation technology, with the solar system funded through a partnership with Smart Commercial Solar under a Power Purchase Agreement (PPA), funded by renewable investment fund Solar Bay. The new system includes a 17,000 panel ground mount and carpark solar array, and a co-generation anaerobic digester that biogas produced by food waste to generate energy. Together, the two systems will reduce the site’s reliance on natural gas by 16% and energy consumed from the grid by 39%.

“Globally, McCain Foods is committed to reducing our CO2 emissions by 50% by 2030, ceasing any reliance on coal by 2025, and having 100% of our plants powered by renewable electricity by 2030. This project makes a significant contribution to this target,” Wolthers said.

Wolthers believes the dynamic behind-the-meter system will set a precedent for large-scale projects for other major processing businesses.

“We continue to demonstrate our commitment to Growing Green and Golden — sustaining communities, local economies, farmers and jobs for generations to come. That means every day we’re making smarter decisions to reduce our impact on the environment in Australia,” Wolthers said.

Huon Hoogesteger from Smart Commercial Solar said the business is excited to be partnering with McCain Foods.

“We pride ourselves on trust and transparency, and delivery of energy solutions that make great financial, social and environmental investments. We’re proud to be involved in this industry-leading project, and we’re looking forward to seeing this become a commercial reality,” Hoogesteger said.

The Arnott's Group has set its sustainability agenda by releasing its first formal...

With 60 founding members, the ANZPAC Plastics Pact promises to unite the plastic supply chain to...