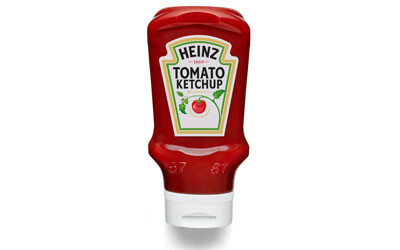 Kraft Heinz has announced it is introducing sustainable caps for its squeezy sauce bottles in a move that will make both the bottle and cap 100% recyclable.

The cap has been created after Heinz invested eight years of research and development involving more than 185,000 hours and US$1.2 million (AU$1.6 million) to find a suitable replacement cap for its sauce range.

The company created 45 different designs in total on the mission to create the new cap, which was developed in-house using a 3D printer. After creating the prototypes, Heinz said it followed a rigorous testing procedure to make sure the cap met the highest quality standards.

The first varieties to get the new cap will be Heinz Tomato Ketchup and Heinz BBQ Sauce. The cap will be rolled out globally from 2022, starting in Europe.

To date, Heinz sauce bottles have used a flexible valve, which had been designed to deliver one portion of sauce per squeeze, but was challenging to recycle. The new cap has been designed to provide the same squeeze except with a single, rigid and more recyclable material.

Tip Top will roll out its 100% recycled and recyclable cardboard bread tags across New South...

Agolin SA has used its feed supplement in a methodogy trial to quantify and certify...