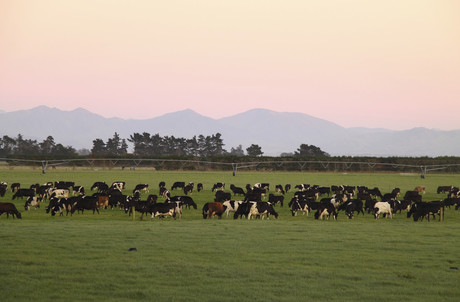 The demand for milk is growing globally, with consumption expected to increase 60% by 2050. However, a study emphasised the sustainability problems this would pose for EU, New Zealand and the US exporters.

Chinese consumers in particular are calling for more dairy products, with GlobalData recently highlighting the demand for milk-based snacks.

Published in Global Change Biology, researchers led by the Chinese Academy of Sciences aimed to analyse how factors such as environmental resources of water, energy and food might be affected by the national and global production and consumption of milk.

While China consumed less than 2 kg of milk per person per year in 1961, increasing purchasing power has caused a rise in the popularity of dairy products. This has led to the country becoming the world’s fourth-largest milk producer.

By 2050, China will need to triple the amount of milk it produced in 2010, but this cannot be achieved by them alone. The study found that meeting these needs would increase global greenhouse gas emissions from dairy herds by 35%, expand dairy land by 32% and increase nitrogen pollution from dairy production by 48%.

“The consequences of sticking to a ‘business-as-usual’ scenario are unthinkable,” said Zhaohai Bai, associate professor at the Chinese Academy of Sciences and lead author.

However, Bai also noted the environmental difficulties of sourcing it elsewhere. For example, other countries may not be able to produce all additional milk due to physical limitations or environmental legislation.

Instead, the study found that manure management, better animal nutrition and improved domestic milk and feed production efficiencies will help create greener milk in the future.

“Our findings show how changes to animal nutrition and husbandry, as well as improvements in production technologies, can meet the soaring demands for milk worldwide, both more efficiently and sustainably, for producers everywhere,” explained Lee.

“For a more sustainable dairy future globally, high milk-demanding regions, such as China, must match the production efficiencies of the world’s leading producers,” Bai said. “Greenhouse gas emissions would rise much more modestly and land use would also contract.”