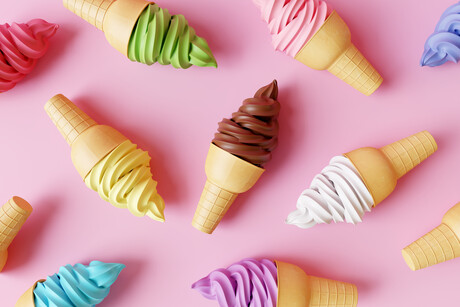 Ben & Jerry’s is launching a pilot project to increase the sustainability of its ice cream by lowering greenhouse gas emissions from production, with the changes possibly filtering out into the ice cream manufacturing industry as a whole.

Called Project Mootopia and supported by Unilever’s $1.5 billion Climate & Nature Fund, the program is aiming to reduce the brand’s greenhouse gas emissions — 50% of which come from its dairy ingredients — by changing how farms operate.

The pilot project is composed of three pillars and the ice cream company is hoping that through them the greenhouse gas emissions of production will be reduced by half compared to industry standards.

The second pillar is concentrated on changing the carbon emissions from manure. This pungent side effect of running a dairy farm can be responsible for creating algal blooms that can reduce oxygen in bodies of water, and also produces methane as it decomposes, so Mootopia will use manure digesters to change how it is broken down. This technology relies on heat and microbes to digest the manure in an airtight tank, allowing for the methane to be destroyed and renewable energy to be created. Also important is that any solids remaining can be used as a fertiliser, thus creating beneficial growing conditions for other parts of the farm.

Finally, the company is looking to grow more grass and other feed crops with the help of regenerative agricultural methods, in order to help soil to work as a terrestrial carbon sink.

Mootopia will be scaled up gradually as Ben & Jerry’s comes to understand the work on a technical level and how it might impact other parts of the farm like operating expenses or milk production.

Fifteen dairy farms will be involved in the pilot with more introduced if it is showing success, and there is the potential for Unilever, Ben & Jerry’s parent company, to introduce changes into its own dairy farms later as well. Eventually it is hoped that any changes could be used by other dairy producers to reduce the environmental impact of the farms at an industry level.

A trial is being run by Coles and Linfox Logistics to assess the viability of electric trucks to...

Most Australians want ARL on packaging

A report conducted by the Australian Packaging Covenant Organisation shows that most want...