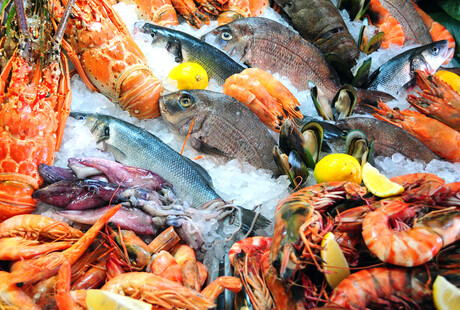 When Aus Asia Foods (AAF), a Brisbane-based fish importer and retailer, acquired two new, large freezers, the company was looking for a solution that would fulfil two key criteria: lower energy costs and increase the lifespan of the machinery.

To achieve these goals, they called up the expertise of Keep It Cool Refrigeration and Koldpak. They ran a test on the two freezers, setting up one freezer with energy-saving technology, an Altivar Process VSD from Schneider Electric, and the second freezer with a standard ‘direct on line’ (DOL) set-up.

Processing around three tons of product each month, the business heavily relied on its refrigeration capacity to keep the food products safe and compliant. In a normal refrigeration compressor set-up, the compressor is either on all the time or completely off. This means that the compressor needs to ramp up quickly and powerfully whenever the temperature in the refrigeration unit gets too high. A VSD solution adds smart control to the compressor, allowing it to operate at the exact speed needed to ensure temperatures are kept optimal. This means less energy is needed overall to achieve the same outcome.

With the two same-sized freezer rooms located alongside each other, Koldpak and Schneider Electric worked together to set up the study, running the VSD solution on just one of the 7.5 kW compressor freezer rooms. The other freezer used a standard direct on line (DOL) set-up. Care was taken to ensure both rooms were loaded with similar stock levels and were used in a similar fashion.

A Schneider Electric Altivar ATV630 Process Drive was chosen for the project. The drive has extensive graphic dashboards, including an energy consumption monitoring dashboard that would allow AAF to monitor the energy savings of the unit. The drives also have an integrated power measurement function, which is accurate to within 5%. The ability to monitor and analyse input power, energy produced and the KPIs directly from the process management system saved AAF the hassle of needing a separate piece of software or device to check their usage.

Running the two refrigeration units alongside each other, one with the drive and the other without, clearly demonstrated the energy savings with the help of the variable speed drive. After one month, 1316 kWh energy savings had been made, which amounts to monthly savings of close to $150. AAF decided to add the Schneider Electric energy-saving technology to the second freezer also, with the savings recorded from the second unit over a period of six months being 5216 kWh — almost $900.

“We are saving between $100 and $125 on each unit, per month. With the two units running the conservative estimated savings, each year we are saving around $3000 thanks to the Schneider Electric Altivar Process VSDs,” said Jacky Mo from AAF.

As the estimated cost of $/kWh 0.11 cents is low, the real-life savings could be twice that amount, approximately around $6000 a year. The solution offered by Koldpak and Schneider allowed AAF to reduce energy usage and cut costs significantly. The project demonstrates comprehensively the savings that can be made when upgrading from a DOL starter to a VSD for the compressor.

The KHS Group has developed a lightweight, returnable PET container with a 35% recyclate content.