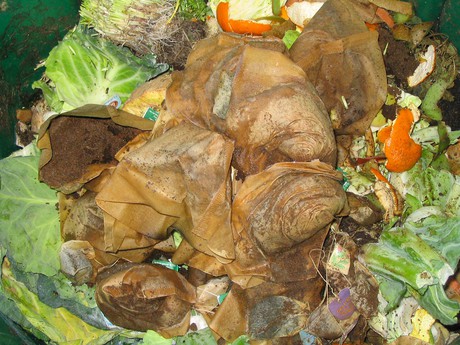 Publicly Available Specification 110 (PAS 110) is a demanding industry specification which verifies the quality of digestate (the organic biofertiliser output from the AD process) and covers the product quality, standards for input materials and the management system for the AD process.

This means that the digestate produced by Westcott Park is of a consistent high quality which can be sold and applied as an agricultural fertiliser. The facility also received a certificate of compliance by Organic Farmers & Growers Ltd, meaning that the digestate can be used by both conventional and organic farmers to provide nutrients and valuable organic matter to their crops.

The Westcott Park facility has the capacity to process 48,000 tonnes of food waste each year, from sources including the retail and catering sectors, and supplies the National Grid with enough electricity to power 6000 homes.

As well as setting limits for physical contaminants, such as plastics, the PAS 110 standard requires pasteurisation of the material before or after it is digested at the AD facility. HRS designed and supplied a HRS3 Tank Batch Sludge Pasteuriser System to pre-pasteurise the food waste feed stock before it is fed into one of the three digester tanks.

The system makes use of heat from the facility’s existing combined heat and power engine which would otherwise be wasted, helping to maximise the overall efficiency of the site. It also recovers heat from the hot feedstock, which has been pasteurised, and uses it to pre-warm the feedstock as it enters the pasteuriser system. This provides energy savings of up to 70%.

Ray Nattrass, head of process design and engineering at Shanks Waste Management, said the HRS system was chosen because it was a complete pasteurisation solution — with tanks, pumps, control system and control logic built in.

“Our 3 Tank Batch Sludge Pasteuriser System ensured that the facility complied with the requirements for treating animal by-products when it was fully commissioned last year. Now it has been an integral part of achieving PAS 110 certification,” said Matt Hale, international sales manager for HRS.