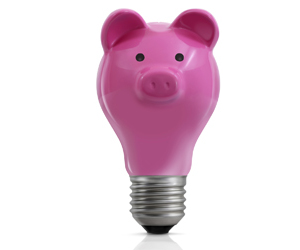 A biogas project to be undertaken at a large Western Australian pork producer will offset 100% of grid-supplied electricity.

The project, located an hour from Perth, is set to generate up to 1 MWe of renewable energy by converting manure from the pig-housing facility into biogas. The biogas will be refined and used as fuel for a renewable power station that will be constructed on site.

The project will be constructed by bio-energy company Quantum Power, under a build-own-operate-maintain (BOOM) model, the first of its kind for a biogas project within the Australian pork industry. Quantum Power was recently acquired by ASX listed company Geodynamics and is based out of Milton, Brisbane.

“The engineered anaerobic digestion system and biogas-fuelled power station will take between six and nine months to construct. Once built, the digestion system will convert the organic load within the manure to biogas, comprising approximately 60% methane,” Kumar said.

“The biogas, which would otherwise escape to the atmosphere, is being harvested and treated before being used as fuel for on-site electricity generation. The covered anaerobic digester will also reduce odour coming from the treatment of manure compared to the current system in place.

“The engineered anaerobic digestion system will not only save the facility a significant amount on their electricity bills over many years by replacing expensive power drawn from the grid — it is also remarkably better for the environment, as methane has 21 times the global warming effect of carbon dioxide,” he continued.

Construction of the biogas facility is contingent on the project receiving the relevant regulatory approvals.

Come and see Quantum Power at the Pan Pacific Pork Expo on 25–26 May and the Poultry Information Exchange Forum 29 May–1 June at the Gold Coast Convention & Exhibition Centre Broadbeach QLD. Or for further information please email info@quantumpower.com.au.