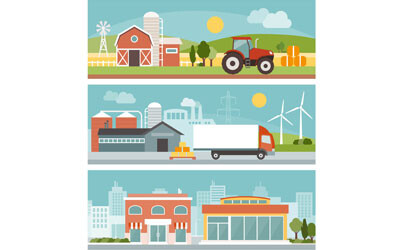 Major food companies such as Nestlé, Mars and Danone have communicated their intention to actively reduce the Scope 3 emissions of their business, and many have 2030 targets. Are the commitments made by these companies just a drop in the ocean, or can we expect a serious shift in the sector?

Rabobank has now produced a report called ‘Deadline 2030: Slashing Value Chain GHG Emissions by a Third’ that outlines how the focus to Scope 3 emissions has far-reaching implications for the food value chain as a whole.

Many food manufacturers are now recognising that their Scope 3 emissions (emissions from the supply chain — including the production of purchased goods, transport, waste disposal, etc) account for more than 90% of total emissions for an average packaged food company. As such, suppliers can play a crucial role in emission reduction — those who can measure their emissions and have a reduction plan in place can benefit, while those who do not act will be at risk of being replaced.

Target-setting by food companies has grown exponentially for the last few years, particularly for Scope 3 emissions. Up to the beginning of August 2021, 1685 companies had committed to take action, 841 of which have set approved science-based targets. For some packaged food subsectors like breakfast cereals or confectionery, more than 40% of the sector in terms of 2020 retail sales has set Scope 3 reduction targets. On average, these companies aim to reduce one-third of their value chain emissions by 2030.

“As purchased inputs such as food ingredients and packaging account for the majority of Scope 3 emissions, collaboration with the value chain is key to making a sizable reduction happen,” explained Marjolein Hanssen, Analyst – Consumer Foods at Rabobank.

So far, most food companies have made minimal or no progress on their Scope 3 targets. “In order to accelerate progress, the input and cooperation of suppliers is vital,” Hanssen said. By engaging with their off-takers, suppliers could prevent them from switching to a supplier with better insight into emissions or with an existing reduction plan, even benefiting from the movement to lower emissions.

According to Hanssen, once a serious portion of a sector commits to reducing Scope 3 emissions, staying out of the discussion as an active company in that sector or a supplier to that sector becomes increasingly difficult. At some point, there will be more off-takers asking suppliers about their emissions than not. This has far-reaching implications for the relationship between supplier and off-taker, as well as the level of transparency needed all the way back to the farm. 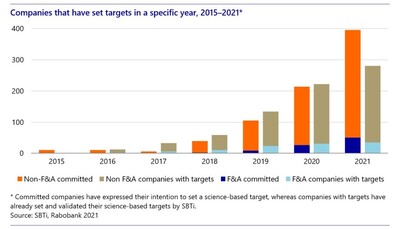 Most strategies to reduce these types of emissions include regenerative agriculture, product reformulation, alternative sourcing locations, sustainable packaging, innovation in agricultural practices/ingredients and offsetting emissions. This naturally influences suppliers of big food companies, but they can use this shift to their advantage if they take proactive action.

“The relationship between suppliers and off-takers is already changing. Instead of an open market model based on supply and demand, the dynamics will likely shift to more intimate, long-term relationships with more transparent supply chains,” Hanssen said. The three reasons for this shift are the financing support that many of the suppliers will need from the off-takers to face the costly emission reduction initiatives, the knowledge exchange that will take place in the form of combined research programs or knowledge projects between the off-takers and the suppliers, and the data exchange needed to accurately measure emissions and track reduction over time. All this involves long-term relationships between both parties.

The full report on the importance of monitoring, controlling and cooperating on the reduction of Scope 3 emissions is available from Rabobank.

American and Brazilian scientists have developed an ultrasonic pre-treatment for brewer's...

A recyclable fibre-based beer bottle that also keeps beer cool is now set to be trialled...

ProSweets Cologne will be placing the focus on sustainable packaging for the snacks and sweets...

The Smart Behind Separations: GC 2400 Platform with Detachable Touchscreen